The first of these is – what next?

With current guidelines delaying the resumption of the English Premier League until, at least, April 4, it’ll be at least a month until Match of the Day replaces Mrs Browns’ Boys as the nation’s Saturday night viewing of choice.

While that date might logistically come too soon, if the league was picked up in mid-April, it would have interesting implications for the rest of the competition, not least with several players with long-term injuries having previously been scheduled to make a comeback next month.

With so much still to play for in the league, 90min takes a look at the players who could come back to make a difference if (or hopefully when) the league restarts.

Tottenham are not in a good way right now, and it all came to a head when the electrifying South Korean winger fractured his arm against Aston Villa.

With Spurs’ chance of scoring since then reliant on employing Lucas Moura as a target man, they’ve understandably gone from contenders for a Champions League spot to crashing out of an impressive three separate competitions.

Son was previously the rampant focal point to the Lilywhites’ attack, instrumental in opening up Man City and nabbing a crucial late goal at Villa Park. If Spurs could even get two or three more games out of him, it could be the difference between Champions League football and playing against BATE Borisov on a Thursday. Even before Kane tore his left hamstring at St Mary’s on New Years’ Day, it was not exactly a memorable season at Spurs for the England captain.

He looked to have lost a yard of pace from previous fitness battles, and was in danger of letting another Golden Boot pass him by - stalling on 11 goals by the time of his knock.

If there’s one thing Kane loves, though, it’s a challenge. So with Premier League top scorer Jamie Vardy a measly eight goals ahead of him, and Spurs in dire need of a target man for Serge Aurier to fling crosses at, Kane’s reported intention to return to action in mid-April could be an unlikely boost to José Mourinho’s men.

34 - Ruben Loftus-Cheek completed every single pass he attempted for England in the game against Costa Rica tonight (34/34). Control. pic.twitter.com/ibuNIDyWBu

It’s been a while since we’ve seen Ruben Loftus-Cheek, after he had the misfortune of rupturing his achilles in a post-season charity match against New England Revolution - ruling him out of the Europa League final.

Now back in training, he could cause quite the dilemma for both Frank Lampard and Gareth Southgate, if previous displays are anything to go by.

The graceful midfielder broke through as an attacking force last season with ten goals, and with this newfound potency added to his impressive passing range and powerful dribbling, he could be the player to make sure of Chelsea’s Champions League status for next season, as well as offering England a different dynamic. 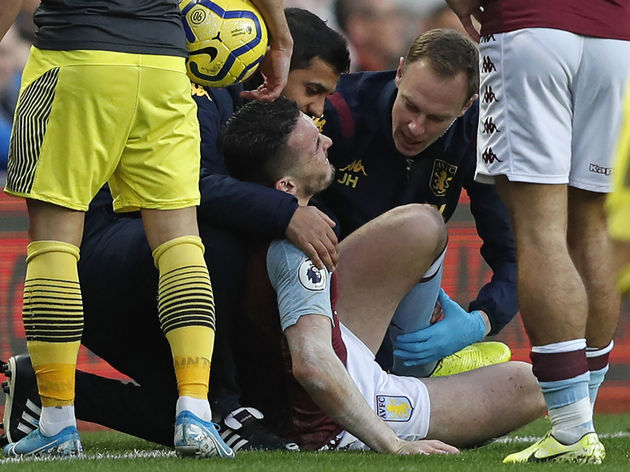 While no-one is happy to see Premier League football go, Aston Villa, sinking without trace after going down 4-0 to Leicester on Monday night, looked a club in desperate need of a mini-break.

The return of John McGinn, who got Villa’s campaign off to such a bright start by sitting down Danny Rose before scoring, could be just the tonic, and was originally pencilled in to return for the postponed game against Chelsea.

'McGinniesta' press-resistant dribbling and threat outside of the box can greatly reduce the creative burden on talisman Jack Grealish and help atone for the Villans’ frequently hapless defending with a fiendish run of fixtures yet to be faced.

Manchester United have found something resembling a balanced midfield in recent weeks, with the signing of Bruno Fernandes and the return of Scott McTominay, but there aren’t many situations in football that a decorated World Cup-winning playmaker can’t improve.

So the potential return of Paul Pogba, who reports indicate is now happy to stay at the club

despite some bumps in the road, could be just what's needed to help push the club towards Champions League qualification.

All that needs to happen is for the Frenchman to actually return from his everlasting ankle injury, and everything could be rosey for Ole Gunnar Solskjær in his attempt to steady the Old Trafford ship. While Manchester City’s league campaign was as good as winding down irrespective of any suspension in play, a return for German boy wonder Leroy Sané after a prolonged ACL injury would really tug at the heartstrings.

Though Arsenal’s Under-23 side had to face the terrifying prospect of marking Sané for an hour recently, Pep Guardiola was coy about his return to first-team action, but he now has more than enough time to cobble together some extra fitness.

As rumours of a move back to Germany for Sané continue to circulate, City, with Riyad Mahrez rumoured to be heading for the exit door, will be hoping to avoid seeing this prodigious talent slip through their fingers by reintegrating him in the side as quickly as possible. 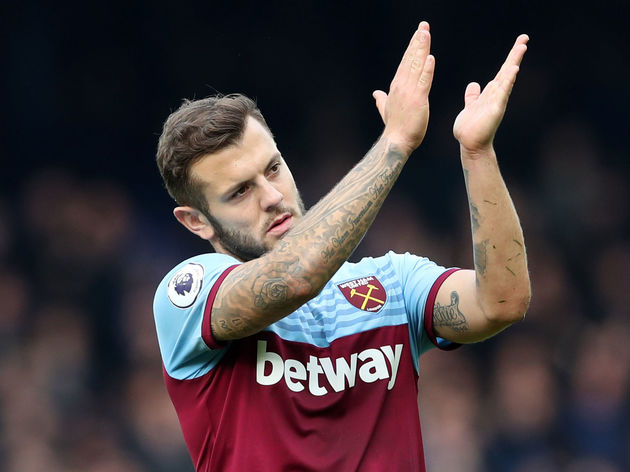 Finally, a man whose name is synonymous with the treatment room.

Jack Wilshere has played 11 games in two seasons, yet he could still be in line to help West Ham stave off relegation. Tottenham, Chelsea and Manchester United await the Hammers, so any volume of Premier League experience will be valuable given their predicament.

The Englishman has plenty of that, despite his injury woes, and the added time to recover from his hernia problem could see him back in claret and blue before the conclusion of the campaign. However, we must bare in mind that he's not played a full 90 minutes since August 2018...