Aston Villa and ​Manchester City will both make the trip to Wembley Stadium on Sunday to do battle in the 2019/20 Carabao Cup final.

Villa are looking to win some unlikely silverware to raise the mood around the club, after Saturday's 2-0 loss to Southampton left them just one point above the Premier League relegation zone.

However, they will come up against Pep Guardiola's side, who are looking to win this competition for the third consecutive season. The Citizens will be full of confidence after Gabriel Jesus and Kevin De Bruyne fired them to a 2-1 win over Real Madrid on Wednesday.

How to Watch on TV

Sky Sports' coverage of the game will see Martin Tyler and Gary Neville link up in the commentary box, while Jamie Redknapp will be in the studio alongside Tom Heaton and Micah Richards to get some insight into both sides.

Long-term injuries will obviously keep Heaton, Wesley and Jed Steer out of the final for ​Villa, but there is some hope that midfielder John McGinn could return in time.​ The Scot is closing in on a return from a fractured ankle, although Sunday's game could still come too soon.

"He’s nearly 100%," manager Dean Smith said about McGinn's fitness last week (via ​Birmingham Live). "He’s done loads of pool work and he’s just started to do some hopping as well, so once he gets onto the grass and running, he’ll be fine."

Young striker Keinan Davis is also facing a race against time to prove his fitness, having recently returned to training following a hamstring injury. As for ​City, they will be sweating over the fitness of centre-back Aymeric Laporte, who limped off during Wednesday's win over Real. The Frenchman is not yet up to speed after suffering a serious knee injury earlier in the season and will likely be unavailable for the final.

Fortunately, Guardiola still has plenty of options to choose from, with John Stones, Nicolás Otamendi, Fernandinho and young Eric García all available.

Raheem Sterling will be fit to feature after returning against ​Real, but fellow winger Leroy Sané is still expected to remain sidelined as he recovers from his knee injury.

In the 72 meetings between the two sides, it is City who have had the upper hand, winning 39 times compared to Villa's 15.

In fact, the last time Villa emerged victorious against City came back in September 2013, when they picked up a 3-2 win over a City side which featured the likes of Joe Hart, Vincent Kompany and James Milner. If you need any more indication of who the favourites will be for this one, City won both meetings with the Villains this season by an aggregate scoreline of 9-1.

The last few weeks have not been overly kind to Villa, who are on a run of three consecutive losses. They fell to defeat against ​Southampton last time out and are perilously close to the drop zone.

In fact, their last victory came in the Carabao Cup as they stunned ​Leicester City in the second leg of their semi-final in late January, which will give them some confidence that they can cause another upset here. 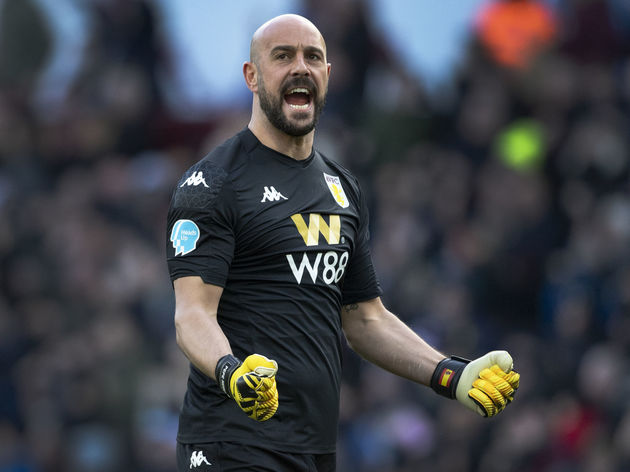 City's recent form is almost the polar opposite. Back-to-back defeats against ​Manchester United and ​Tottenham Hotspur had people asking questions, but a run of three consecutive victories has raised spirits.

The ​Champions League ban has not done them any favours, but City continue to put in work on the pitch, and Wednesday's 2-1 win over Real is evidence of that. ​

Regardless of which way you look at this one, it's nearly impossible to see City leaving Wembley without the trophy. The Citizens are in fantastic form, while Villa are really struggling this year. City will be confident of scoring plenty of goals, and they should win this one without really breaking a sweat.