How Aston Villa's Masters Football Team Would Look in 2020

​Cor, how great was Masters Football?

The iconic blue carpet, the overweight ex-pros, the Mundial Team astroturfs and the waning crowds. WE NEED IT BACK!

On this occasion we're taking a look at how an Aston Villa Masters side might shape but before all that, here's a reminder of the restrictions regarding player eligibility: Club Lowlight: Getting sent off against his former club, Liverpool, in 2008.

A stellar Premier League shot-stopper at Blackburn, Villa and Tottenham, Friedel will be desperate to save his reputation following a pretty disastrous spell in management at the New England Revolution.

What better way than an indoor six-a-side tournament with a bunch of past it ex-pros battling it out for a crown which means very little, eh? Club Lowlight: Being conjoined at the hip to the physio's bench.

Paolo Maldini and Alessandro Nesta's understudy at Milan, Laursen was a dominant defender who didn't quite get the attention he deserved due to his constant battles with injury.

Nevertheless, the Dane's ready to make a return to football following a brief spell in management. Club Highlight: Strike in the derby victory over Birmingham in 2018.

Fresh out of retirement, the Scottish Cafu is ready to grace the iconic blue turf at an arena near you.

Following a dismal start to his Villa career, Hutton enjoyed a renaissance after returning from his pilgrimage to Mallorca - and Bolton - in 2014. The Scot established himself as a cult hero at Villa Park before getting released at the end of last season. Club Highlight: His 2008/09 campaign and an inspirational battle with illness.

Club Lowlight: There's no such thing.

Silky smooth in possession and known for his ability to pull off the spectacular, Petrov's career was brought to halt in 2012 following his leukaemia diagnosis.

But after a convincing 1-0 victory over the illness, the Club Highlight: Being slightly better than he was in north London.

Determined to wreak havoc on the Masters scene following his snub from the Tottenham squad, Bent enjoyed a mixed spell at Villa Park during his four-year spell - scoring 21 times for the Villans in 61 Premier League appearances.

Expect the Englishman to be one of the stars of the show. And with the Norweigian's addition, we'd finally be able to see the Bent x Carew collab which we were never blessed with following the former's arrival in 2011. Club Lowlight: Turning down the chance to sign for Liverpool.

Loyal, consistent, tucked-in shirt; Luke Young is an all-round nice guy. He gets in the side. Club Lowlight: Off the field antics.

Hendrie's always on telly doing something football-related, from Sky Sports' 'One2Eleven' to even making a substitute appearance on ITV's 'Harry's Heroes'. There's no doubt he'll be up for this.

He weren't a bad player during his Villa pomp either. 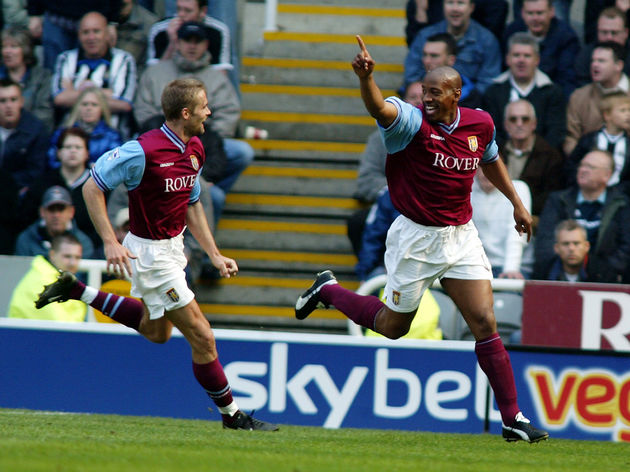 Club Lowlight: Sustaining a career and life-threatening broken neck against Sheffield Wednesday in 1999.

Putting his 'Homes Under the Hammer' allegiances temporarily to the side, the senior member of the squad, Dublin, will be Villa's 'x-factor' off the bench.