​Leicester City have received an explanation as to why they were not awarded a penalty when the ball struck the arm of Aston Villa's Marvelous Nakamba in the penalty area during their Carabao Cup semi-final second leg - but it has left manager Brendan Rodgers even more confused.

The Foxes were trailing by a goal when James Maddison's shot was blocked by Nakamba in the penalty area, and it had appeared to come off his hand and deny the ball from going on target. Leicester went on to lose the game and were knocked out, and were extremely unhappy with the decision to not be awarded a penalty.

Fair play to Aston Villa for getting to the final and not making any excuses but how a premier league referee watching this from multiple angles several times comes to the conclusion that this isn’t a penalty baffles me. pic.twitter.com/yU7uwVuLTc

“We were getting clarity around both, because there were a couple of incidents. Had they seen the right incident?

“I don’t like to go on too much about it because it’s gone, you can’t do anything about it. But for me it was more about the game, because we had two of our most experienced referees in that game against Villa, one in the game and one outside in VAR.

“That was where we needed clarity because if they’re not seeing it... I can understand a little bit, Mike [Dean not seeing the incident], in the game, where it happens so quickly and there’s a couple of quick incidents and then it’s a corner, but then for it to go to VAR, I wanted to ask the question: ‘What is actually handball?’ 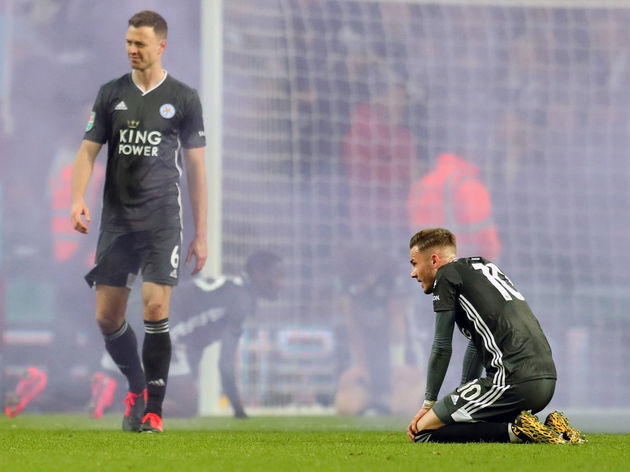 “It’s just the consistency, that’s what we’re all looking for. That decision away at Villa, if you don’t get that, it’s difficult to say what is a handball.