​Aston Villa reportedly 'tried everything' to sign striker Islam Slimani from Monaco in the January transfer window, but the Algerian's desire to move to either Manchester United or Tottenham thwarted the move.

With big-money signing Wesley ruled out for the remainder of the season, bolstering Villa's attacking options was a priority for head coach Dean Smith this month. But according to France Football, as relayed by the Daily Star, Slimani was Smith's number one target ahead of the aforementioned duo.

However, financial disputes between Slimani's parent club Leicester and Monaco - the club the Algerian is currently on loan at - meant the deal didn't get over the line, while it's believed that the striker had his heart set on a move to either UnitedSpurs

Both clubs were strongly interested in buying a striker last month, with the Red Devils instead opting for Odion Ighalo while the Lilywhites, in the end, decided against purchasing a short-term replacement for the injured Harry Kane.

Slimani was regarded as one of Europe's most prolific strikers before his £28m move to Leicester in 2016 - scoring 27 times in 33 Liga NOS appearances for Sporting in his final season at the club.

He failed to acclimatise at the Foxes, however, netting just 13 times in 47 appearances before enduring dismal loan spells at Newcastle and Fenerbahce. 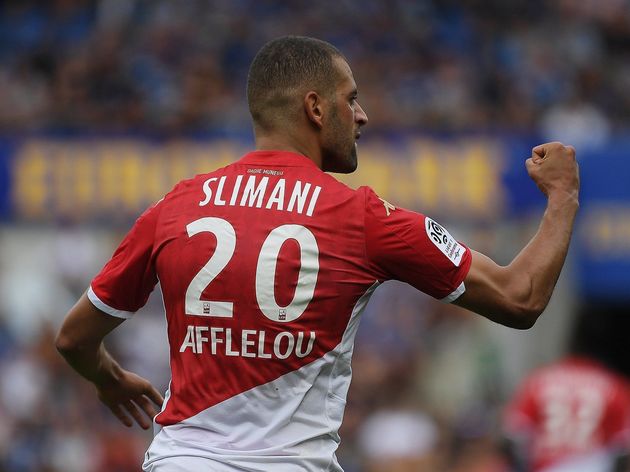 Nevertheless, the 31-year-old target man has found his feet once more, enjoying a fine season with Monaco in Ligue 1. Not only does he have eight goals in 14 league appearances, but Slimani has also done a brilliant job at linking-up with and servicing strike partner Wissam Ben Yedder, with the Algerian notching seven assists as well.

Villa, though, will have to make do without Slimani, and will be leaning on Samatta - and Baston to a lesser extent - to help lighten the load on Jack Grealish, who has been the club's standout player so far this season.