5 Aston Villa Players Who Could Break Through in 2020

​With Aston Villa languishing near to bottom of the Premier League table, Dean Smith is likely to invest in January to help the club survive their relegation dog fight.

However, the Villa boss may alternatively opt to blood some of the young starlets on the brink of the Villans first team.

Villa have a proud history of churning out youth products, with the likes of Jack Grealish, Gareth Barry and Gary Cahill all coming through the ranks at Villa Park. So whose turn is it to break through in 2020?

Time for 90min to have a peak at their hottest prospects... In 2015, Davis was released by his boyhood club Stevenage. Seven months later, he was snapped up by ​Aston Villa and has been on the periphery of the first team since making his debut in the FA Cup in January 2017.

The 21-year-old is powerful and skilful with lightning quick feet, and he offers a real physical presence up top. Davis has had rotten luck with injuries since arriving at Villa Park, but if the flashes of what he has shown are any anything to go by, he could offer a dynamic option for Smith up front.

The youngster has made six Premier League appearances this season, and if he fulfils his potential, 2020 could see him become a first team regular. 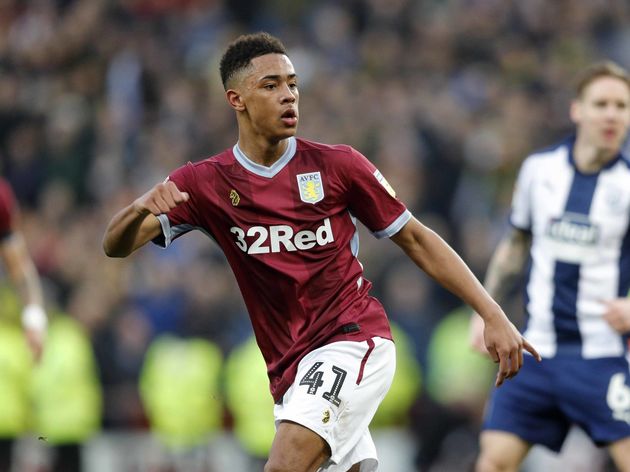 Jacob Ramsey made his third appearance for Villa during their FA Cup defeat to Championship outfit Fulham. The 18-year-old is a hugely exciting prospect; a goal scoring midfielder with superb technical ability, speed and flair.

The youngster is held in high regard at Villa, having played a crucial role in the Under-23 side's FA Youth Cup run, and was recently rewarded with his first long-term contract.

Ramsey joined Aston Villa aged six, and scooped the 2018/19 Academy Player of the Season award. With John McGinn sidelined for months with a fractured ankle, there is a goalscoring midfielder shaped void in the heart of the Villa midfield. Could Ramsey be the one to fill it? Alongside Ramsey, Tyreik Wright was another youngster who travelled to Craven Cottage with Villa in the FA Cup. Although Wright did not make the 18-man squad and is yet to make a first team appearance for the Villans, big things are expected from him.

Wright is a pacy Irish winger who joined the club aged 14 and has represented his country at various international levels. Predominantly left footed, the youngster will already have won favour with Villa fans, after he turned down the chance to join bitter rivals Birmingham.

Has shone for the Under-23s this season, resulting in regular training sessions with the senior squad. American youth international Indiana Vassilev is another young prospect who traveled to Craven Cottage, and it's no surprise after netting four times in six games for the Under-23s.

Like Wright, Vassilev has a fabulous left foot and is capable of playing anywhere across the midfield. The 18-year-old is a technically gifted, intelligent footballer who appears to thrive on getting the ball down to play neat, intricate football.

Already a part of the United States' Under-23 setup, he could be coming to a Premier League game near you soon.

In 2017, Dimitri Sea was being chased by a whole host of Ligue 1 sides - but it was Villa who managed to secure his signature.

Sea is a raw talent with an eye for goal, and was a regular scorer for the Under-23 side last season, despite being just 17 at the time.

A slightly unorthodox striker, Sea relies on pace and power to bully defenders and is another who may find his way into the first-team setup soon enough, given Wesley's long-term injury.