90min's Definitive A to Z of Aston Villa

One of England’s great old clubs.

You’ve probably sat there with your mates at one time or another and debated: Just what does make a club, a big club? Is it the stadium? Is it the trophies? Is it the fans?

Well make no bones about it, with their grand stadium, instantly recognisable colours, trophy-laden past and proud tradition, ​Aston Villa are a very big football club.

A generation of football fans will know him as the voice of Sky Sports and for, erm, the other thing. But prior to his commentary career, Gray was a fantastic striker. Representing Villa between 1975-79, Gray was awarded the PFA Player of the Year and PFA Young Player of the Year award in 1977. To put this achievement into context, the only other players to have achieved the feat of winning both awards in the same season, since its inception in 1973, are Cristiano Ronaldo and Gareth Bale.

B is for Birmingham rivalry

One of the fiercest rivalries in English football. The second city derby has produced some jaw-dropping moments over the years, from Alan Hutton briefly turning into Ronaldo and taking on half the ​Birmingham team before slotting home, to some idiot thinking he's Anthony Joshua and sprinting from the terraces to confront Jack Grealish. This derby day is always entertaining, and one of the most memorable moments is still to come in our list…

C is for Charlie Aitken

Villa’s record appearance holder, turning out 660 times in claret and blue, with an astonishing 657 of those appearances being in the starting XI.

Football may be a different game from when Aitken played between 1959-76, but this stat can’t be underestimated regardless of the era he played in.

D is for Doug Ellis

Ellis had two spells as Villa chairman, the latter coming between 1982 and 2006. Towards the end of his tenure, many fans had become disgruntled at Ellis’ apparent lack of ambition, but what he did for the club will never be forgotten.

Honoured with a knighthood in 2012 for his services to charity and has a stand in his name at Villa Park. 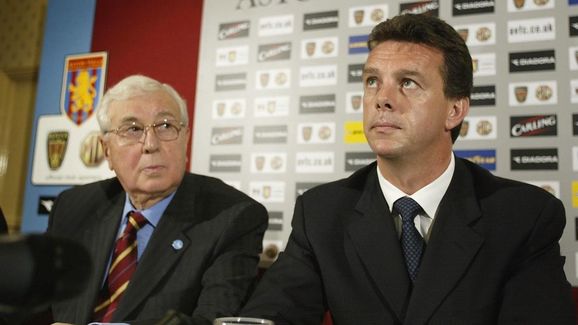 E is for European Cup Winners 1982

For some football fans who know Villa as a ​Premier League ‘also-ran’ it may be tough to comprehend that Villa once won the most prestigious competition in European football.

F is for FA Cup

The Villans have tasted FA Cup success a staggering seven times. Only Manchester United, Arsenal and Tottenham can boast a better record in the competition since its inception in 1871.

G is for George Ramsay

To hold down any job for 42 years is pretty impressive, but to be manager of a football team for that long is even more impressive. Ramsay’s tenure stretched from 1884-1926, a period which saw Villa crowned champions of England six times and FA Cup winners a further six times.

H is for Heartbreak

For all this waxing lyrical about Villa’s past glories, the fact of the matter is they’re just that – past glories. The play-off win aside, no Villa captain has clapped his hands round a trophy since Andy Townsend in 1996! I is for “It’s gone in off Enckelman!”

So, onto that memorable derby day moment mentioned earlier.

Somehow, in the biggest fixture Villa will play all season, Peter Enckelman managed to let a throw in from Olof Mellberg bounce past his studs and could only watch on as the ball rolled into the back of his net. Personally, I’m not sure he touched the ball and you can’t score direct from a throw in. If only we had video assistant referees or something, ey?

J is for Jack Grealish

The current gem in the Villa Park crown. There’s no doubting the ability of this young man, with international recognition surely on the horizon. Whether Villa can keep hold of Grealish is another matter, but they’ve certainly produced a special talent.

K is for Hassan Kachloul

Arrived from fellow Premier League side Southampton in 2001. Was a firm favourite of John Gregory’s but after a falling out with David O’Leary was soon on his way out of the club. 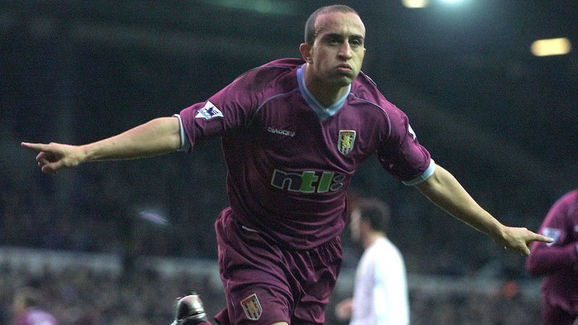 L is for Martin Laursen

Quite the scalp for Villa as they secured the signing of a Champions League winner from Milan. Endured a tough opening to his career in England, but soon became a firm favourite of Martin O’Neill’s following his appointment. Went on to form a formidable partnership with Olof Mellberg at centre-back. M is for Martin O’Neill Villa’s greatest manager of the 21st century, O’Neill took over from David O’Leary with the club going nowhere fast and transformed them into top six contenders.

O’Neill did splash the cash occasionally, however, some of the bargain buys such as Brad Friedel were inspired. Villa haven’t even looked like reaching the heights they reached under the Norther Irishman’s stewardship since he departed.

N is for Nigel Spink

One of Villa’s 1982 European Cup-winning heroes. Second-choice goalkeeper Spink was called into action after just five minutes of the final following an injury to first-choice Jimmy Rimmer. He went on to play the game of his life and is a massive part of the reason Villa can call themselves European Cup winners.

O is for Olof Mellberg

An Aston Villa great. Mellberg spent seven years at Villa before moving on to Juventus, captaining the side to sixth in the Premier League. On his final game for the club, Mellberg bought a Villa shirt with ‘Thanks 4 Your Support’ on the back for every fan who had travelled to Upton Park for the final game of the season. True class.

P is for Paul Lambert

Lambert gets an honorary place on our list for one reason – ruining Aston Villa Football Club. Granted, Villa had been on the slide for some time when Lambert was appointed in 2012, with Gerard Houllier and Alex McLeish both failing to build on the team left to them by O’Neill.

However, Lambert’s stubbornness and insistence on playing the likes of Andreas Weimann, Matt Lowton, Joe Bennett and Brad Guzan ultimately began the slump which cost the club their place in the Premier League.

Q is for Quest for Champions League football

O’Neill’s tenure at the club was as good as it’s got for Villa fans this century. With Ashley Young, James Milner, John Carew and Stiliyan Petrov all playing arguably the best football of their careers, Champions League football looked a real possibility.

Unfortunately, they fell short, with a sixth-placed finish three seasons on the bounce as close as they got.

R is for Royal approval 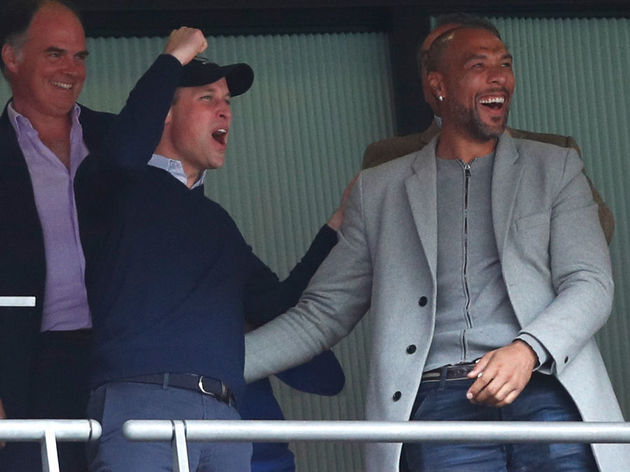 The Villa fanbase is awash with famous names, none more so perhaps than the Duke of Cambridge himself, Prince William. Occasionally seen at Villa games (always manages to get himself in the posh seats, somehow), Prince William has been following Villa for years.

Other notable followers of the club include Tom Hanks and Ozzy Osbourne.

S is for Stiliyan Petrov

Petrov spent many years being courted by Premier League clubs when playing in Scotland. When he was eventually persuaded to cross the border, he didn’t disappoint. Go and look up his goal against Derby if you’ve forgotten it. T is for That Dalian Atkinson goal

Speaking of fantastic goals, this one’s even better.

The inaugural winner of the Premier League Goal of the Season, Atkinson weaved his way through the Wimbledon team before cheekily dinking the ball over the goalkeeper from 20 yards out.

U is for Ugo Ehiogu

A mountain of a defender, Ehiogu was brought through the academy at rivals West Brom but soon made his name as a Villa hero. He and Gareth Southgate were as solid a pair as you’re likely to see in the Premier League. V is for Villa Park One of the grandest stages in English football. For years home to one of the FA Cup semi-finals, this arena has seen some historic matches. From the roaring Holt end to the steps outside the entrance, everything about this stadium screams quintessential English football.

W is for Billy Walker

X is for Tony Xai

Bought the club in 2016 but his reign lasted just two years. After initial heavy investment, Xai was forced into selling the club after financial issues almost resulted in the Villa going into administration.

Y is for Dwight Yorke

Yorke may be best remembered for his spell at Manchester United, but there’s no doubting where he made his name. Having been discovered by Graham Taylor while Villa were on a tour of the West Indies, Yorke signed for the club in 1989 and went on to make 232 appearances. The striker scored for Villa in their last cup final win against Leeds back in 1996, and has the unenviable stat of being able to say he has scored a Premier League hat-trick yet still ended up on the losing side (in a 4-3 defeat to Newcastle).

Z is for Zat Knight

Boyhood Villa fan Knight signed from Fulham in 2007. Unfortunately for him the fairytale didn’t have a happy ending, quite frankly he was hopeless and was sold to Bolton two years later.