​Aston Villa begin their return to the top-flight with a challenging away trip to Tottenham, as they aim to avoid relegation following last season's play-off success.

Having finished fifth in the Championship last season - and having brought in as many as 12 new signings, who will all need to acclimatise to a new team and, in many cases, a new league - do Villa have the quality and cohesion to remain in the Premier League?

Here's everything you need to know about Villa ahead of the new season. Phew. After defeat in the 2017/18 play-off final at the hands of ​Fulham, Villa overcame Frank Lampard's ​Derby County to lift the coveted prize, courtesy of goals from Anwar El Ghazi and John McGinn. The triumph followed a thrilling two-legged affair with Midlands rivals ​West Brom in the semis, with the Villans victorious on penalties after a 2-2 draw.

The campaign was not a smooth ride throughout, however, with Steve Bruce sacked as manager in early October having won only three of his 11 games in charge in the division. ​Brentford manager Dean Smith took over and immediately improved the the side, even though they remained outside of the play-off berths for much of the season.

That is until star man Jack Grealish returned from injury, with ​Villa subsequently winning ten games in a row, starting with a 4-0 thumping of Derby and leading to a fifth placed finish. Villa have been incredibly impressive in pre-season, winning all six of their friendlies fairly comfortably. This began in the States with a 3-0 victory over Minnesota United, with goals from midfield trio Grealish, Henri Lansbury and Birkir Bjarnason.

Their fine form continued in England with 5-1 and 4-1 defeats of Walsall and Charlton respectively. New boys Jota and Wesley scored two goals apiece, pleasing Villa fans who will be hoping they can settle as quickly as possible to their new surroundings.

Villa rounded off their summer with eye-catching 3-1 win over RB Leipzig, which included a brace from Conor Hourihane and another pre-season goal for John McGinn, who has been the standout player for the Claret and Blues leading into the campaign. Villa have been active in the market, to say the least, signing as many as 12 players so far as they seek to strengthen their squad in preparation for an extremely tough 2019/20 season. Their most recent acquisition is that of England international Tom Heaton from ​Burnley, a fine shot-stopper who was superb before his shoulder injury in 2017.

Elsewhere, Villa have looked to replace Tammy Abraham's goals with the £22m signing of Wesley from Club Brugge, who scored 32 league goals in 107 games for the Belgian outfit. To add more flair in the final third, Dean Smith has also brought in Jota from ​Birmingham, as well as Egypt international Trezeguet from Turkish side Kasimpasa.

In defence, left back Matt Targett has been signed from ​Southampton, while centre backs Ezri Konsa and Bjorn Engels have been transferred from Brentford and Stade de Reims respectively. Protecting the backline will be ​£15m defensive midfielder Douglas Luiz, who is also joined by Marvelous Nakamba from Club Brugge. To make room for so many incomings, Villa have had to let several players depart, with only Gary Gardner fetching a fee, switching to rivals Birmingham City for an undisclosed amount. While Villa's new arrivals are very much 'wait-and-see' regarding what they bring to the side, their midfield is very much settled, with talented players who also possess end product. Alongside the more recognised Grealish are McGinn and Hourihane, both of whom enjoyed fantastic seasons in the Championship.

Republic of Ireland international Hourihane contributed eight goals and 11 assists in 35 league starts, and is renowned for his set pieces, with both delivery from corners and shots from free kicks - netting twice against Leipzig directly - in his armoury.

Even more exciting is Scotsman McGinn, who won Villa's player of the season award for his performances in the Championship, scoring seven and assisting nine. A tireless worker and tricky dribbler, he is backed to make a big impact in the Premier League. 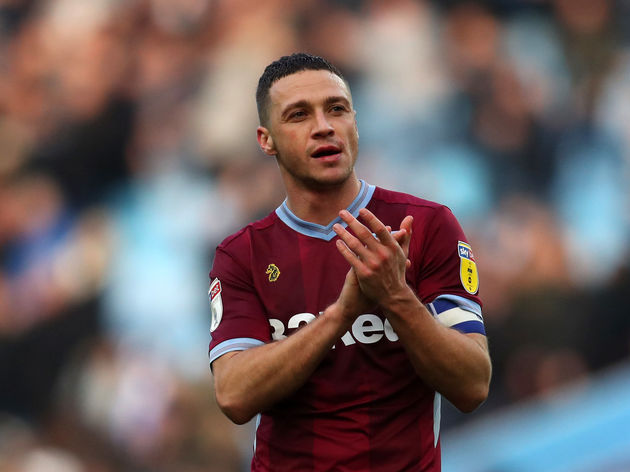 With 61 goals conceded, Villa let in nine more goals than 16th placed ​Stoke, highlighting that their major problem was preventing the opposition from scoring - an even more difficult task against Premier League opposition.

Fortunately, the Villans have been proactive in trying to improve that area of the fielding, signing a goalkeeper, five defenders and two defensive midfielders. However, it will surely take time for the new arrivals to gel and a formidable defence is always built on stability, so expect Villa to be leaky at the back, at least initially. ​Undoubtedly Villa's best - and certainly most coveted - player is Grealish, who remained at his boyhood club despite interest from ​Spurs last summer. With six goals and seven assists, Grealish was reasonably productive, but mostly excels in the middle third with his ball retention, dribbling ability and vision.

If Villa are to finish above the relegation zone, they will certainly need a top season from their captain, who will be hoping that performances that he is capable of will make him a contender for Gareth Southgate's England squad, who lack midfielders in his mould.

Potential Breakout: Having already lauded him previously, it is hard to overlook McGinn. The 24-year-old is not as well known as Grealish, but is loved by Villa fans almost equally and is expected to adapt well to England's top flight. While it is difficult to predict how well promoted teams will fare, Villa - on paper at least - have more quality than both ​Norwich and ​Sheffield United, particularly if their new arrivals adapt quickly.

With so many turnovers this summer, however, Villa fans must be somewhat mindful of Fulham's predicament last season, where too many changes affected their cohesion, with the side relegated despite being rated heading into the campaign.

Much depends on Villa's new signings, therefore, which will be very much make-or-break for manager Dean Smith. If they acclimatise, expect there to be at least three worse teams than the Villans this season, and their safety secured.