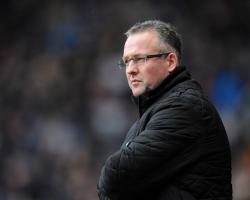 Lambert backs Delph for EnglandAston Villa manager Paul Lambert believes Fabian Delph should be considered for what would be a shock call-up to England's World Cup squad.Almost five years after Delph's B#6.5million move from Leeds, Villa fans are finally seeing what all the fuss was about back in 2009 when the 24-year-old was signed by Martin O'Neill.Injuries over the years have not helped Delph's cause, although a lack of consistency has primarily been his downfall - until this season.The midfielder has been in superb form, scoring four goals, including the winner in Saturday's sensational 1-0 victory over Barclays Premier League leaders Chelsea.Whilst it is highly unlikely Delph will get a late nod from Roy Hodgson, Lambert believes he would be an asset if a punt was taken."If England did call him in or give him a chance he wouldn't let anybody down, but that's up to the England manager to assess," said Lambert."I always think there's one surprise in there somewhere (with regard to the World Cup squad)

Whether it's Fabian or someone else, I don't know."At the minute he's playing really well for us, which is my main concern."After the win over Chelsea, Villa's next challenge is against Stoke on Sunday, with the club aiming to win three successive home league matches for the first time in seven years.Given Villa's earlier wretched home form throughout Lambert's time in charge and Stoke's horrific away record of one win in 15 games on the road this season, for once Villa will start a game as favourites in front of their own fans.Lambert knows with that comes a certain expectation as he said: "It's a totally different game now from Chelsea."Everybody will think we'll beat Stoke, but this league is so tough, with every game hard no matter whether it's home or away."If we're not at it, it's going to be a hard game, and if we fall below our level then we could be in trouble so we have to maintain our standards if we are to win this game."Left-back Ryan Bertrand is available again after being ineligible for the game against Chelsea, whilst midfielder Karim El Ahmadi is fit after collecting a shin injury in that clash following a shocking tackle from Ramires that led to him being given a straight red card.Stoke boss Mark Hughes is disappointed Stephen Ireland cannot face his old club on Sunday but was not surprised Aston Villa were keen to ensure that would be the case when they let the midfielder join the Potters in January.Ireland switched to the Staffordshire outfit from Villa on a season-long loan deal in September which was then made permanent in the winter transfer window.He struggled to make an impact during his spell with Villa but has put in some eye-catching displays for Stoke, not least last Saturday when he had a hand in each of his side's goals as they beat West Ham 3-1.And regarding the contractual clause that will prevent the 27-year-old from trying to build upon that performance when the Potters visit Villa Park for Sunday's Barclays Premier League contest, Hughes said: "It is one of those things."Aston Villa stipulated that they weren't going to allow the loan deal to be changed unless it was in the contract that Stephen couldn't play against them."We had to respect that, or we wouldn't have got the deal done."It is a shame for us because Stephen was excellent last weekend against West Ham."But I think it shows Aston Villa understand what a good player we have got

So you can understand it from their point of view - they don't particularly want to help us."Winger Oussama Assaidi, on loan with Stoke from Liverpool, has been working his way back to fitness after a knee injury and will be checked ahead of Sunday's match along with defender Erik Pieters, who limped off in the West Ham game having taken a knock to the leg.Robert Huth (knee) is out for the rest of the season and both Charlie Adam and Jon Walters remain suspended