​Although their recent form may suggest otherwise, ​Aston Villa are a massive club and have fielded some of the English football's greatest players.

The Midlands club had been a mainstay of the English top flight since 1988 – yes, football did exist before the Premier League – until the club's relegation in 2016 after a succession of failed managerial appointments.

With the club back where they belong among football's elite, it felt right to try and put together a 25 man ultimate squad of players who have represented the Villains in the Premier League era.

Unsurprisingly, there's not too many selections from the current crop of players... Mark Bosnich - The big Aussie may have spent two spells at ​Manchester United, but it was at Villa that he truly made his mark. While he had his penchant for off the field issues, 'Boz' was a force of nature in goal, and helped his side to two League Cup successes in the mid 90s.

Brad Friedel - His spell at the club may have been relatively brief, but the fans certainly got their money's worth. Carrying on from his spell at ​Blackburn Rovers, the American would play every single Premier League game in his three years at the club, going on to play a staggering 310 consecutive appearances at ​Tottenham.

Brad Guzan - Villa seemingly had a thing for bald American goalkeepers called Brad, as Guzan arrived at the club as understudy to Friedel. While he may have looked like a cross between a military man and Dr Evil, there is no denying he was a valuable asset the club. 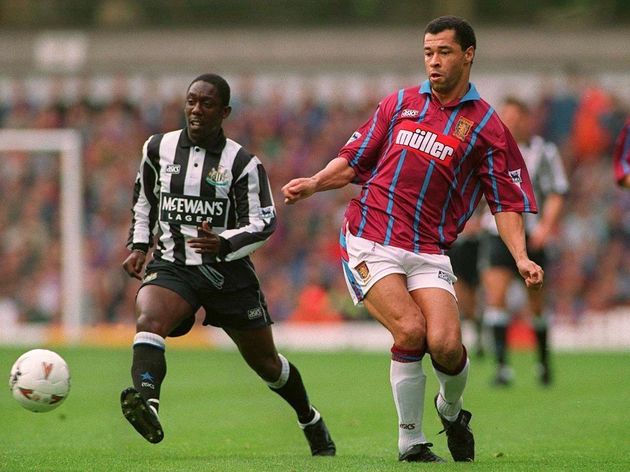 Gareth Southgate - While he became the most-loved man in England after the World Cup heroics of two summers ago, it is often forgotten how good a player Southgate was. The former Villa captain lifted the 2000 League Cup trophy before departing for ​Middlesbrough a year later.

Olof Mellberg - Does much need to be said about the Swede? Mellberg is a legend at Villa Park and was given a hero's reception on his final home game for the club. While current manager of Helsingborgs, perhaps he could be back in the Villa hot seat one day...

Martin Laursen - Another defender perhaps not given enough credit outside Villa circles, the Dane was a colossus at the back after arriving from ​AC Milan. Tyrone who?

Paul McGrath - Perhaps the greatest of this talented centre-back bunch, the former United defender won the PFA Players' Player of the Year award in his time in the Midlands, as well as helping steer his side to two League Cup successes. 'God'. Mark Delaney - While injuries may have perhaps restricted the Welshman's game time, he spent the majority of his career as a consistent part of the Villa defence. He just sneaks in ahead of Frederic Guilbert. Just about.

Alan Hutton - The Scotsman may not be the most glamorous of names, but he was a solid member of the Villa side up until his release last season. He also scored that Messi-esque wonder goal against rivals ​Birmingham City a few years ago, albeit in the Championship. 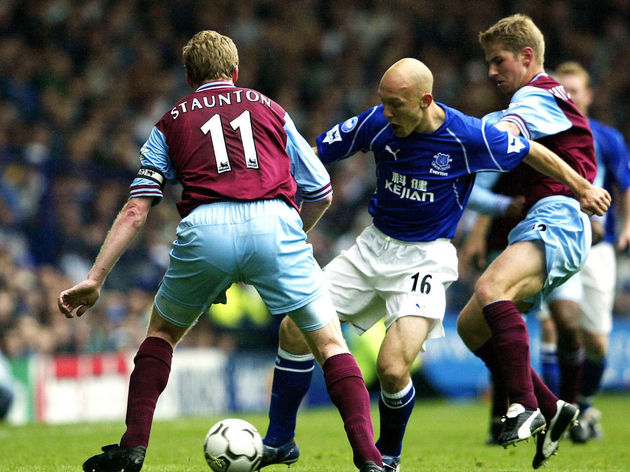 Steve Staunton - The former Ireland star was key part of the side who narrowly lost out on Premier League triumph and spent two spells at the club - as well as two spells at Anfield.

Jloyd Samuel - The versatile defender spent eight years at Villa Park, with this longevity helping him to edge some other candidates for a spot in this squad. Samuel made over 150 league appearances for the club as he emerged as a firm fan favourite. Stiliyan Petrov - The much loved Bulgarian is another cult figure at both Celtic and Aston Villa, where he produced fine midfield displays in Martin O'Neill's side. His career was sadly cut short due to leukaemia, but Petrov fought it off and even attempted a return to Premier League football at the club. Legend.

Gareth Barry - While he may have traded in his Villa Park captaincy for the big bucks flying around at ​Manchester City, the current West Brom midfielder was a bedrock of the team's highly talented midfield. Wand of a left boot as well.

Nigel Reo-Coker - After the departure of the man above, Reo-Coker solidified his position at the heart of Martin O'Neill's midfield as well as taking over the captaincy. Remarkably, he's still only 35.

Ian Taylor - The main man in this midfield, the robust and committed player was a boyhood Villa fan and very swiftly became a legend in the eyes of the Villa faithful. While he may never have worn the armband like the men above, he was certainly a leader in his nine-year spell. 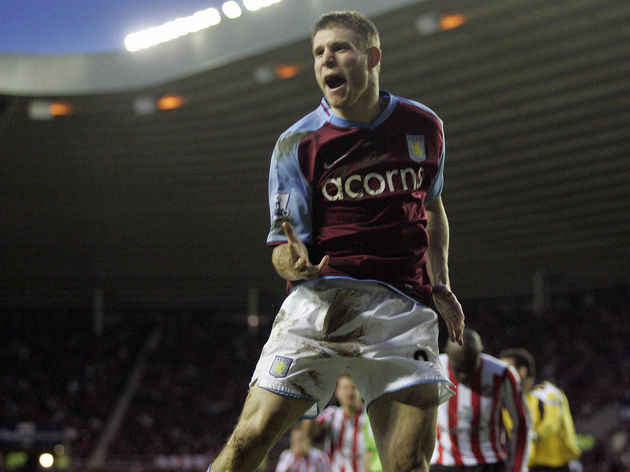 James Milner - Despite leaving the club ten years ago, it is testament to his ability that Mr Boring is still tearing it up with league leaders Liverpool. His time at Villa saw him transition into central midfield, before he joined Barry at new challengers City.

Gabriel Agbonlahor - Okay, he may not have been a winger in his playing days, but his sheer pace is a valuable asset for this squad. While his career has taken a sharp nosedive, on his day he was a real handful for defenders. Ashley Young - Such has been his much-criticised form at Manchester United in the last few seasons, it is easy to forget the exciting player Young once was at Villa. His ability to cut inside and whip in a curling effort became his trademark, before he was shipped off to be sorely underused in his favoured position at Old Trafford.

Thomas Hitzlsperger - The German is another cult icon at the club, with his rocket of a left boot earning him the nickname 'Der Hammer' from the Villa faithful. Jack Grealish - Although his future at the club is still uncertain amid reported interest from Manchester United, the current captain has been a shining light in a difficult first season back in the top tier. The highly talented maverick has proved the doubters wrong, despite the occasional off-field issues.

Lee Hendrie - Another mercurial talent with off the pitch issues, Hendrie's 14-year stay at the club was certainly not short of entertainment. He famously crashed his Porsche after trying to make a flight for a European fixture.

Paul Merson - While his punditry skills are at times questionable, you can't help but love the magic man. The former ​Arsenal forward may have also had his troubles outside football, but on the pitch he was a real creative force, helping his side to the FA Cup final in 2000. A proper player, as he'd say himself.

Dwight Yorke - The former party man may be better known for his spell in Manchester, but it was at Villa that he truly gained wider recognition. His 98 goals in 287 games for the club is not a bad return for the Trinidad and Tobago star, particularly as he began career as a right-winger.

Christian Benteke - The big Belgian may be a shadow of his former self since moving to Liverpool and now ​Crystal Palace, but he was an exceptional forward in his days at Villa Park. The club's top scorer in each of his three seasons at the club, Benteke helped steer his side away from relegation.

Dion Dublin - The final spot on this squad was by far the toughest selection of them all, as the man with the 'Dube' just about gets in ahead of some talented players . He may be the king of daytime television now, but he was a very impressive striker back in the day, as well as a dab hand at the back. He also managed to recover from a broken neck to spearhead the Villa attack.