​When you're battling against the odds in the Premier League, you need to enjoy the rub of the green whenever you can get it. So when your star central midfielder and experienced goalkeeper suffer long-term injuries, you may begin to question if life in the top flight is truly meant to be.

Dean Smith has taken these setbacks on the chin, and the Villans have attempted to rectify their spiralling situation by bringing in Danny Drinkwater and Pepe Reina on loan until the end of the season.

​Reina was making his debut for the club on Saturday, deputising for the injured Tom Heaton, and the Spaniard put in a calm display for the visitors. The shot-stopper was rarely tested during a dismal match, but he pulled off a point-saving stop in the final minutes of the match, diving to his right to deny Neal Maupay. 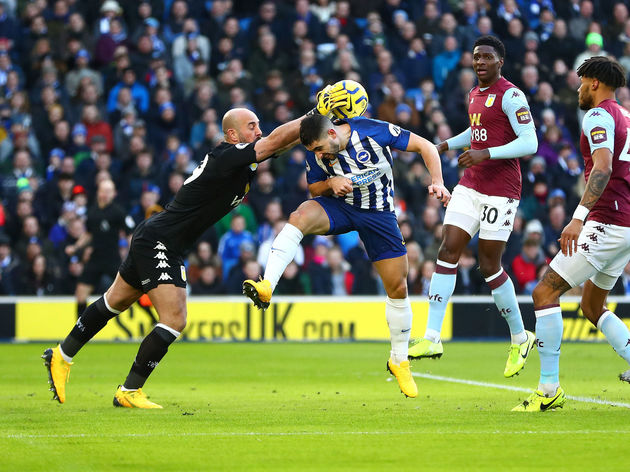 It's not only his on-field abilities which could affect VIlla's survival hopes, either. Reina is often somewhat patronisingly depicted as Spain's 'cheerleader', having rarely been a starter for the national side, but his larger than life persona is regularly praised among his national teammates.

In the heat of a relegation battle, dressing rooms can often break and collapse when the stakes are high, and the presence of a serial winner can only be good news for Smith and his backroom staff. With Reina prepared to stand up and be counted, other players may quickly fall in line with their charismatic goalkeeper.

However, ​Villa have lacked authority and leadership at the back in Heaton's absence, and although Tyrone Mings is proving to be a shrewd signing, the centre-back cannot do it all on his own. The backline often suffers due to a lack of cover from the midfield, and the defence is left exposed to a counter attack all too often.

I love him already pic.twitter.com/RG56QOw7Ik

The arrival of Drinkwater was designed to plug that gap, and although he failed to last the entire 90 minutes against Brighton, there were green shoots of promise from the Premier League winner.

​Drinkwater was a key cog in ​Leicester City's shock title success, but he has suffered a dramatic fall from grace since that moment. The midfielder failed to make any impact at Chelsea, and that continued during his loan spell at Burnley, leaving the Clarets with no choice but to cut short his spell at Turf Moor.

But Smith has taken a gamble on ​Drinkwater, and with very few other alternatives in the midfield, the Villa coach is pinning all of his hopes on the midfielder to recapture his fantastic form of years gone by. The loanee put in a spirited display against Brighton, and didn't appear as off the pace as against the Premier League champions. To be expected, perhaps.

But Drinkwater demonstrated his ability to break up play, and provided an air of calm in possession, which will benefit the Villans greatly when they play host to teams around them in the bottom half of the table.

A calm head in the heat of battle is crucial, and if Drinkwater can get back up to speed, he could finally kickstart his faltering career.

There are plenty of ifs and buts in football, and this couldn't be one of the biggest 'ifs' of all to decide Villa's fate.