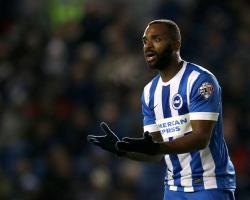 The 30-year-old former England international was out of favour at Villa Park this season four years after arriving from Sunderland in a club- record ÃÂ£24million deal, making only eight appearances for the Premier League side - seven of them as a substitute

He then joined up with Championship high-flyers Derby on a season-long loan deal on January 2, theoretically putting an end to his Villa career with his contract due to expire this summer

Earlier this month Bent was quoted as saying that Lambert's decision to leave him out of his plans was "personal" but the Villa boss said in several national newspapers: "I think Darren has got to be honest with himself

If you ask anyone here, or any of his team-mates, they would tell you, it's nothing personal

That says a lot, so it was never personal.

He's gone to Derby and never started a game.

"At Fulham, he never played a lot of games towards the tail end

Was it personal with me when he was at Fulham? It is what it is, but it was never personal."