Sinclair on brink of Villa deal 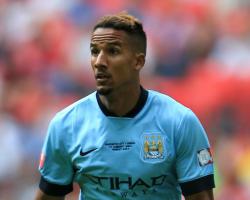 The winger will sign until the end of the season with a view to a permanent move, Press Association Sport understands

Sinclair could also be included in Villa's squad for Sunday's trip to Arsenal, should the move be completed in time

The 25-year-old joined City from Swansea in 2012 but made just three starts and 19 appearances in total.

He has played just 25 minutes this season and has not featured for City since coming on late in the 2-2 draw with Burnley in December.

He will become Villa's second January signing after Carles Gil joined from Valencia earlier this month, while they have also been linked with a move for MK Dons' Dele Alli

Lambert has been looking to add creativity to his side, who have scored just 11 league goals this season