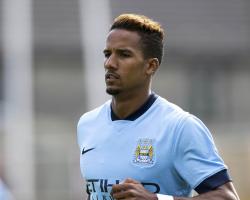 The club have resumed talks with City over a possible move for the Etihad misfit, Press Association Sport understands.

Villa manager Paul Lambert said last week any deal for Sinclair was dead but it has now been revived, with a loan the most likely outcome.

Sinclair has made just three starts since signing for City from Swansea in 2012 and 19 appearances in total.

He has played only four games this season - a total of 25 minutes - and has not featured for Manuel Pellegrini this year.

Sinclair spent last season on loan at West Brom, where he made 11 appearances and failed to make an impact at The Hawthorns.

The former Chelsea trainee would become Villa's second signing of the transfer window after Carles Gil joined from Valencia earlier this month.

Villa, who go to Arsenal on Sunday, are in desperate need of goals, having scored just 11 in the Barclays Premier League this season, and want to bring in more creative players in January.