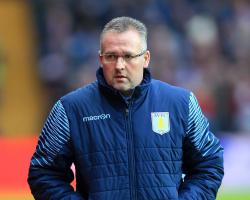 The Valencia midfielder's representatives have increased their demands in the final stages of the deal.

Press Association Sport understands, however, Villa are still confident of signing the 22-year-old.

Villa are working through the late snag with Gil expected to sign a five-year deal after flying into Birmingham on Monday.

They had planned a press conference to unveil the Spain Under-21 international at their Bodymoor Heath training ground on Tuesday afternoon but have now been forced to postpone it.

Villa boss Paul Lambert, who is under fire from fans, has been desperate to boost their creativity after just 11 goals in 21 Barclays Premier League games.

They have failed to score in their last four outings and are three points above the relegation zone ahead of Saturday's visit of Liverpool.

Gil came through the ranks at Valencia and spent two years on loan at Elche before returning to the Mestalla at the start of the season.

Villa have also been linked with Manchester City misfit Scott Sinclair having drawn a blank in 12 of their top flight games this term.