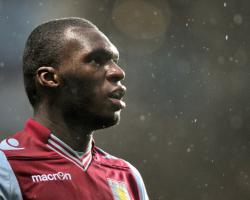 Aston Villa 0-2 Man City: Match Report - view commentary, squad, and statistics of the game as it happened.Toure and Aguero goals topple VillaYaya Toure sent a message to his critics as he and Sergio Aguero struck late to secure a 2-0 win for Manchester City at Aston Villa.Toure had endured another quiet game but underlined his class when he broke Villa's spirited resistance with a superb long-range strike eight minutes from time at Villa Park.Aguero, who had earlier hit the post, then wrapped up three points for the Barclays Premier League champions with an equally classy finish after 88 minutes.The result was probably what City deserved for their second-half dominance but Villa came close to frustrating Manuel Pellegrini's men.Successive defeats to Arsenal, Chelsea and City may have taken the gloss of Villa's bright start to the season but their defence offered plenty of encouragement, as did the return of Christian Benteke.The Belgium striker came off the bench in the second half for his first action since rupturing his Achilles six months ago.Villa had also been forced into a late reshuffle after captain Gabriel Agbonlahor was injured in the warm-up

Andreas Weimann had initially been left out for Charles N'Zogbia but the Austrian was quickly restored.City again tweaked their defence with B#32million man Eliaquim Mangala, who struggled at Hull last weekend, coming back for Martin Demichelis and Aleksandar Kolarov starting at left-back.Former Villa midfielder James Milner was also included and he had an influence as City controlled a lot of the early play without seriously threatening Brad Guzan's goal.Villa's hard-working back line had much to do with that, with the tone set after five minutes when a long-range Toure shot was blocked by Nathan Baker.Kolarov had a fierce shot deflected onto the post by Alan Hutton and Ashley Westwood blocked an Aguero effort.Joe Hart snuffed out Villa's first serious chance as he came out to prevent Weimann making clean contact with a dangerous N'Zogbia cross.N'Zogbia cut the City defence open himself with a strong run but drilled a shot across goal.City upped the tempo in the latter stages of the first half and Aguero glanced a good header narrowly wide

Edin Dzeko sliced over when well placed before having another attempt blocked by Philippe Senderos.Kolarov curled a free-kick wide before City won three corners in quick succession on the stroke of half-time

The third of them almost proved fruitful as it was taken short to David Silva and Dzeko's header from the Spaniard's cross looked goal-bound until Aly Cissokho hooked away.City carried that momentum into the second half and Aguero looked set to break the deadlock as he burst through within moments of the restart

He opted for placement and was unlucky as his shot struck the base of the post.That sparked a breathless end-to-end period as Hart denied Kieran Richardson seconds later, Guzan saved a deflected shot from Silva and Vincent Kompany slid across to prevent N'Zogbia shooting.Weimann then glanced a header wide and Silva shot over from a free-kick.Changes came as Frank Lampard replaced the limping Fernandinho and, to a huge roar, Benteke came on for Weimann

Fernando entered the fray for City, providing extra solidity as Dzeko left the action.City remained the most likely side but Guzan proved a solid wall, keeping out a Silva chance, grasping an Aguero shot and then saving well from a firm Mangala header.Milner created another opportunity for Lampard, but again Guzan was in the right place.Yet, as valiantly as Villa had held out, their resistance was broken by Toure as the game entered its final stages.Toure was almost nonchalant as he took as short pass from Fernando, jogged to the edge of the area and then side-footed a precise low finish inside the near post with his left boot.It was almost as if he had decided it was time to take charge of the game

His celebration was rather muted, but there was relief all round for City after a frustrating afternoon.Villa were broken, and Aguero grabbed the goal his efforts had probably deserved when he rifled home a shot from the edge of the area two minutes from time