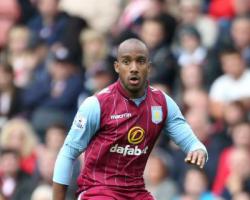 Aston Villa 1-2 Chelsea: Match Report - view commentary, squad, and statistics of the game as it happened.Ivanovic the matchwinner for BluesBranislav Ivanovic's rocket gave Chelsea a crucial 2-1 win at Aston Villa - despite the hosts ending their 11-hour goal drought.Defender Ivanovic now has five goals in his last seven games against Villa and handed Chelsea an advantage in the title race.Manchester City's 1-1 draw with Hull allowed Jose Mourinho's side to move seven points clear at the top of the Barclays Premier League.Jores Okore had cancelled out Eden Hazard's opener as Villa scored for the first time in the league in exactly 11 hours.But defeat left them just two places above the drop zone having won just twice in 20 league matches.Boss Paul Lambert gambled to end Villa's goal woes and dropped Christian Benteke as Gabby Agbonlahor returned with Aly Cissokho and Ashley Westwood.Juan Cuadrado was on the Chelsea bench after his move from Fiorentina while Didier Drogba and Gary Cahill returned but Cesc Fabregas failed to recover from a hamstring injury.Mourinho had never won at Villa Park but was given a perfect start when Chelsea went ahead after just eight minutes.Oscar was gifted the freedom of Villa Park to scamper down the right and he found Willian.The midfielder was allowed time to pick out Hazard, who darted ahead of Alan Hutton, and the Belgian swept in from eight yards.It was a goal of pure simplicity but one which left Villa standing.An early lead granted Chelsea the luxury of patience and goalkeeper Brad Guzan saved from Oscar and Cahill in quick succession with the visitors barely in second gear.Agbonlahor headed over but it was a token effort from Villa, who lacked ideas and vibrancy.They were more organised in defence than the side thumped 5-0 at Arsenal but Chelsea were content to play at a pedestrian pace.Ciaran Clark's goal-saving challenge did deny a lurking Ramires seven minutes before the break, though.But the visitors were made to pay three minutes after the break.Tom Cleverley's shot deflected over and from the resulting corner Villa ended their drought.Carles Gil's cross was returned to him, a neat shimmy beat Cesar Azpilicueta and he crossed for the unmarked Okore to nod in at the far post

Villa Park erupted for the hosts' first league goal since December 20 and it lifted Lambert's side.Willian twice fired inches wide as Mourinho's men mounted a response but Villa were re-energised.They failed to breach the Blues again though and Ivanovic fired in a stylish winner on 66 minutes.Villa failed to clear after Azpilicueta's barnstorming run and the defender crossed for Ivanovic to arrow a brilliant 16-yard half volley into the top corner

It was a deserved second for Chelsea who, despite Villa's efforts, remained on top.Cuadrado made his debut late on as Chelsea wrestled control of the title race