Promoted sides Norwich, Sheffield United and Aston Villa now know what to expect as they set about forging a squad capable enough of retaining their new Premier League statuses.

More importantly, players and fans alike will have certain clashes scribbled into their notebooks as the crucial fixtures that await them have finally been announced.

Every Premier League fixture for the 2019/20 season.

While the sides nearer the top of the table have their eyes on the encounters set to garner the greater viewing audiences - and potentially secure them a league title - the division's strugglers cast their gaze towards colossal ties that may cement their place in the top-flight, or see them sink into the second tier.

Here are eight fixtures that could very well end up being relegation 'six-pointers'. Still very early, it may take a while before we fully get an understanding of where the respective sides could end up. ​Villa will no doubt have their work cut out to avoid the dreaded drop though, and are expected to be there or thereabouts come the end of the season.

On the other hand, ​Newcastle are in limbo at the moment. Rafael Benitez's future is anything but certain and discussions over a proposed takeover at the club have reached a standstill. If their manager leaves and no additions make it through the door this summer, it could be another long and gruelling season for the Toon faithful. 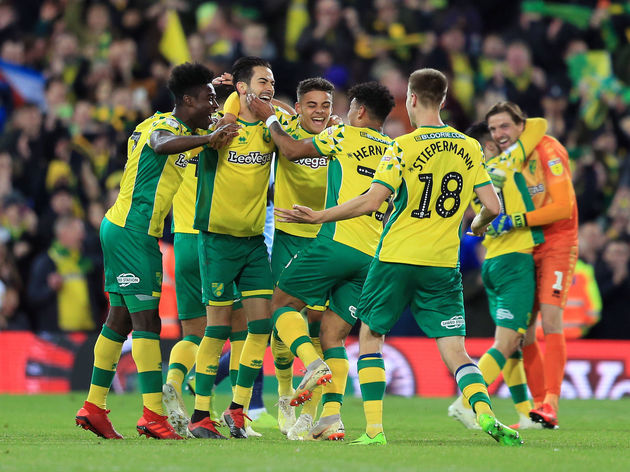 Their season was such a disappointment it cost an undoubtedly talented manager his job, with Chris Hughton's sacking after the season concluded compounding what was a miserable year for the ​Seagulls, who flirted with relegation right up until the very end of the season

Appointing a new manager, with no prior experience of the Premier League, is a bold move (some might say foolish) and there is plenty of reason to be worried about relegation if you're a Brighton supporter. Ralph Hasenhuttl transformed the ​Saints since taking charge at St. Mary's but there are no certainties they will be able to push on up the table next season.

In a more perilous position, Roy Hodgson looks likely to lose two of his key players this summer with ​Aaron Wan-Bissaka edging nearer a move to Manchester United and Wilfried Zaha ​expressing his desire to leave Selhurst Park for Champions League football. While only speculative, a fixture that may never have seemed like a 'six-pointer' could turn out to be just that if improvements aren't made for either side. Classing the Blades' games against their fellow promoted sides as 'big' is something of an understatement. A completely different footballing side to those we've seen secure their passage to the holy land of the Premier League in recent years, their entire season could hinge on such encounters.

The reverse fixture was one of the standout matches of the Championship season, as Villa staged a stunning late comeback from 3-0 down to snatch an unlikely point. Any such sloppiness from Wilder's men will have far greater ramifications next season. Brighton did not travel well last season, although, in fairness, they didn't do well well at the Amex either. Therefore, in the final handful of matches such as these could either be the nail in the coffin, or the breathing space they need to avoid another late scrap for survival.

Norwich, as promoted sides are well aware of, know home form is imperative to Premier League survival. Games at home to (potential) fellow relegation candidates are always nervy affairs with tempers soaring through the roof - and the outcome is often times anyone's guess. With four games left to play of the most recent season, two of the bottom three were already confirmed as relegated, with the third on the fringes of same fate themselves.

Fingers crossed that the coming season will evoke memories of some of the classic final day relegation dogfights we've grown fond of over the years. And if that is the case, Villa hosting Palace could be one to keep an eye on towards the end of the campaign. A club that definitely fall under the bracket of a 'Premier League' , Dean Smith's men will fight tooth and nail to retain their status next year.

The highs.
The lows.
The wins.
The losses.
The passion.
The pride.
The support.

​Burnley have yet to get a mention on this list, but few will back them vastly improving on their lacklustre 2018/19 showing, and could well be in with another tough season given Sean Dyche's minuscule budget. Hosting Brighton on the final day might well be the blockbuster relegation dogfight the league has missed in the past few seasons.

It will be a long trip down to the south coast for Blades' fans, with there certainly a probable chance one, if not both, of these sides are still scrapping for their lives towards the end of the season. A north vs south battle to potentially have the final say on Premier League safety? We could all get on board for that.