​Understandably, given the leap in quality of opposition, the newly promoted sides are often tipped as the odds-on favourites to drop straight back down to the Championship.

Although that wasn't exactly the case last season - with Huddersfield Town finishing rock bottom in what was their second campaign of top flight football - the other two relegation spots were occupied by Fulham and Cardiff City who achieved promotion the season before. Given their huge summer spending, great things were wrongly predicted for Fulham, highlighting how naive it is to predict how well these sides will do, particularly at this very, very early stage.

But with three matchdays now completed, none of Norwich City, Sheffield United or Aston Villa find themselves in the drop zone.

So with that in mind, here's 90min's totally accurate and reliable assessment of how these three sides will do throughout the rest of the 2019/20 campaign. Despite what is always a very arduous season in the Championship, Norwich finished somewhat comfortably as league champions, five points clear of second place, losing just six of their 46 games.

Striker Teemu Pukki was absolutely vital to their successful campaign, finishing the season as the top scorer with 29 goals, and continuing in the same fashion during the early stages of his Premier League career.

Daniel Farke's side faced what was almost the most difficult start possible upon returning to the top flight, making the trip to Anfield to face Champions League winners and Premier League runners-up Liverpool, suffering a heavy 4-1 defeat.

A shaky start would have been worrying for the club's fans, but it was soon put right during their first home game in which they saw off Newcastle 3-1. The difficult fixtures have been coming thick and fast, as they next hosted a new-look Chelsea side, maintaining their goalscoring prowess but being unable grab a result that time round, suffering a narrow 3-2 defeat.

A key theme with the Premier League new-boys is that they've tried to maintain their attacking styles despite facing far more dangerous opposition.

That's particularly prominent for Farke's side, something which has already brought both success and disappointment in the Premier League. The performances against Liverpool and Chelsea were particularly naive; the men in yellow playing into the hands of the opposition, something you can't afford to do when facing players of Sadio Mane and Mohamed Salah's quality.

But their ability to create chances and be clinical in front of goal is something they'll believe is enough to beat a lot of the teams in and around them, meaning they should, in theory, have enough to stay up. The Championship runners-up during the 2018/19 season were Sheffield United, who secured their place in the top tier via automatic promotion following a 12-year absence from the Premier League.

Like Norwich, things ended up being fairly comfortable as they finished the season six points clear of third, avoiding the unpredictability of ​a play-off scrap.

As much as there are no easy games in the Premier League, the Blades have had a far easier start on paper, kicking off with a trip to Bournemouth in which they secured a solid 1-1 draw.

With the noise of an electric Bramall Lane spurring them on, things then got even better in week two as John Lundstram's historic strike secured well deserved 1-0 victory over Crystal Palace. 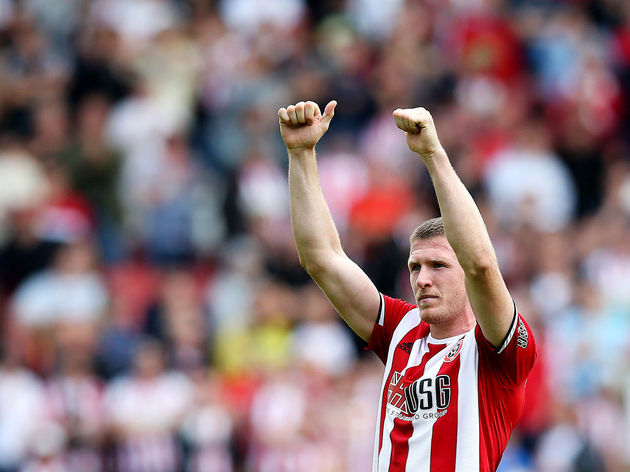 But it hasn't been a perfect start to the season, as the Blades struggled to cope with the quality of Leicester City, boyhood Sheffield Wednesday fan Jamie Vardy enjoying every second of his goal during a 2-1 defeat for the hosts.

In many ways, Chris Wilder's side are similar to Norwich, in that they want to maintain their own style but consequently carry some naivety.

During the defeat to Leicester, we saw the centre backs split and try to play out from the back, which caused problems when they were pressed with conviction by the Foxes frontline. James Maddison's precise through ball to his deadly striker was punishment of this.

But the obvious difference between the Blades and Canaries is that the former don't pose as much of a threat going forward; they're less likely to outscore teams, something which could threaten their Premier League survival. The last of our promoted sides, Aston Villa ended the 2018/19 campaign with promotion via the play-offs, assistant manager John Terry getting the better of former Chelsea teammate Frank Lampard's Derby County at Wembley Stadium.

Villa are hoping that splashing the cash during the summer will ​- unlike ​Fulham the previous year - provide the squad with enough strength in depth to see them survive for another Premier League season.

Dean Smith's side looked like they could pull off the shock of the season on just the opening matchday, as John McGinn gave his side a 1-0 lead at the ​Tottenham Hotspur Stadium, but they couldn't hold on, conceding three late goals.

Life didn't get any easier in the second game when they took on ​Bournemouth, leaving it too late to come back from being 2-0 down, eventually losing 2-1. Their first win of the season came against an ​Everton side who have so far struggled to live up to expectation, with Villa claiming a comfortable 2-0 win.

Considering Dean Smith made 12 signings in the summer, it was always going to be difficult to make a flying start as the players settle into their new surroundings.

But, on the whole, Villa have given a pretty good account of themselves and will likely only improve as the season progresses. New striker Wesley has been a real positive during the early stages, using his ability to hold the ball and draw his teammates into play.

Meanwhile, Tyrone Mings has played beyond his years in defence leaving ​Villa with what should be enough strength across the pitch to survive in the Premier League.