​Ahead of the 2018/19 campaign, John Terry was set to join Russian side Spartak Moscow on a two-year deal after spending the 2017/18 season at Aston Villa.

But, the then 37-year-old rejected the move at the last minute, and it's been claimed the decision was made because of Terry's daughter's fear that polar bears roamed the streets of Russia, and that her father would never return home. Yeah.

The Englishman had completed a medical with Spartak in Rome, only for him to later claim a move to Russia was 'not the right move' and issue a public apology to Spartak's chairman. Now, Italian agent Marco Trabucchi has shed light on the supposed circumstances around the failed move. He told the YouTube channel ​Comment Stop: "They said that [Terry's] daughter was falling to the floor, roaring dad was leaving for Moscow, there were polar bears walking down the street and he would never return."

And, that was the turning point, Trabucchi claims, that led Terry to decline Spartak's contract offer, despite praising the 'ambitious' former Russian champions for their 'professionalism', before saying "Good luck Spartak".

We've done some maths, and Terry's daughter would have been ten or eleven at the time, which...adds up.

In any case, the former England captain returned to ​Aston Villa shortly afterwards, signalling the end of his 20-year playing career. As Dean Smith's assistant, Terry helped the club gain promotion to the ​Premier League at the end of the 2018/19 season. 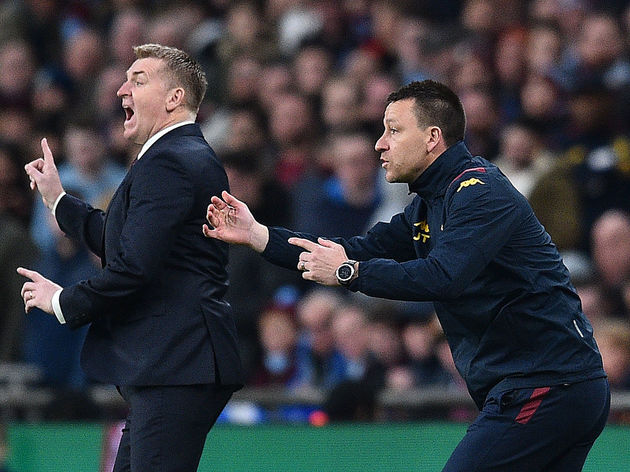 Spartak, on the other hand, finished the season without a trophy, finished fourth in the table, and were knocked out of the Europa League in the group stage. Massimo Carrera, the Spartak manager, certainly rued Terry's absence.

"We tried to convince Terry. I talked to him. He explained his decision. His priority was to stay with his family. He wanted to move but his family refused, so he stayed. We must respect his choice."

Come on Mr. Carrera, you don't need to cover it up - Terry didn't come because he was scared of the polar bears! Apparently!

He continued: "Unfortunately our key central defender Gigot got injured. We [didn't] think it would be wise to sign a young player or someone not reliable enough. We were too much into this Terry thing. We thought we could convince him. It is all in the past now."

John Terry, the greatest defender & captain the Premier League has ever seen.

In the past it is. Terry is alive and kicking, crucially remaining out of the polar bears' reach, and remains Dean Smith's assistant at Villa as the club attempt to escape the current relegation battle they find themselves in.

Before the ​Premier League was paused, the Villains were rooted second bottom, two points from safety with just ten games left to play.