Manchester City won the Carabao Cup for a third straight season, as first half goals from Sergio Aguero and Rodri were enough to see off a spirited Aston Villa fight-back and lift a modicum of pressure from the Citizens' shoulders.

City had to be patient in their wait for an opener, but they got it when some clever movement in behind from Phil Foden got the better of the Villa defence. He knocked Rodri's dink over the top back to Aguero, who did what Aguero does, albeit with the help of a nick off Tyrone Mings. ​Villa might have capitulated, but refused to, even after conceding a controversial second from a corner that shouldn't have been. Mbwana Samatta got them back into the game after Rodri had doubled the lead, the Tanzanian powering in a header after a howler from John Stones had let Anwar El Ghazi in behind.

The second half was largely dominated by the defending champions, but it was Villa who came closest to the game's fourth goal. With moments left on the clock, Bjorn Engels' header looked destined for the net, only for a fine Claudio Bravo save to turn the ball onto the post.

Bravo pushes Engels's header onto the post for it then to be cleared by Stones...Phew!!! 

Bernardo Silva came close to putting the game to bed late on, but though another goal was nor forthcoming, it was ​City who edged another cup final over the line.

Dean Smith switched back to an unfamiliar back four in a bid to flood the midfield and limit the output from City's overwhelming engine room, and that initially looked like a strategy which would prove ineffective, with the traffic all flowing in the direction you'd expect.

Villa started and ended the first half strongly, however, and will have gone into the break with real optimism about an unlikely comeback after El Ghazi left ​Stones sprawled on the turf before teeing up Samatta's bullet header. They just couldn't quite find a way back into the game - just - and that will hurt for the Villains. But once reality sets in, they will have every reason to be pretty chuffed with their display on the big stage.

He's an underrated performer in the Villa engine room, but you won't get a more difficult midfield battle than against Manchester City, and Marvelous Nakamba certainly didn't hide.

That was a BEAUTIFUL tackle from Nakamba, that is never a foul. Took Aguero out and made him look silly. #AVLMCI

That’s a belting tackle by Nakamba.. aggressive and honest.. Booking my arse

The Zimbabwean was constantly up for the fight, and though his fiery challenge on Aguero that earned him a booking raised eyebrows, it was simply the by-product of the type of performance Villa needed to stay competitive - ferocious, fearless and unrelenting.

'Can't Stop' by the Red Hot Chili Peppers rung out through the Wembley PA, and that was a fitting anthem for the overwhelming favourites; they might have lost their grip on the Premier League title, but they still can't stop winning trophies.

They've won everything there is to win in England under Pep Guardiola, who came in with an exemplary cup final record that would have given an additional swagger to his already uber-confident side. The Spaniard had lost just one of 13 finals as a manager going in going in, that 2011 Copa del Rey vs ​Real Madrid the one and only blotch on his record. 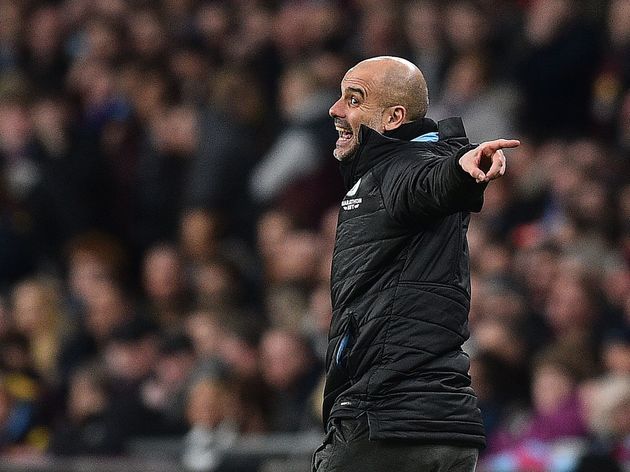 There was a real feeling City needed this one, with the title now out of their realistic reach and the ​Champions League ban weighing on their shoulders. Every trophy counts for a major club mired in relative crisis, and though City were far from fluid, they got it over the line - and that, Guardiola will say, is what counts.

13 wins from 14 finals now from the man many have sincerely labelled a 'fraud'.

What does ​Phil Foden need to do before Guardiola will finally install him as a regular starter? This was the youngster's tenth start of the season; within 20 minutes he had his seventh assist, and his tenth goal-involvement in just 925 minutes of football.

Phil Foden has been directly involved in nine goals in his 10 starts for Manchester City this season in all competitions [two goals & seven assists].

Phil Foden deserves a goal here today. Been absolutely immense. Incredible talent. I feel like a proud dad when I watch him play football 

Phil Foden is just stupendously good. What age is he again, 11? Unbelievable player

Though the 19-year-old started out of position on the right flank, he was the most consistent, vibrant attacking threat in a starting XI that boasted ​Aguero, ​David Silva and

Manchester City travel to Sheffield Wednesday on FA Cup duty during the week before next weekend's Manchester derby at Old Trafford.

Villa, meanwhile, have eight days before a trip to Leicester next Monday.