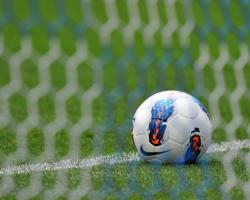 Ted Langford later admitted sex offences dating from 1976 until leaving the club in 1989.

Former Leicester and West Brom defender Tony Brien waived his right to anonymity to speak about the abuse he suffered at the hands of Langford from the age of 12.

"I felt ashamed and dirty, (Langford) said he needed to take a sperm sample to determine whether I had a footballer's genes or not," Brien told the BBC.

"(The abuse is) something you never lose

It will never go away from your mind."

Brien's revelations are the latest in a long line of personal testimonies uncovered as the Football Association's independent inquiry into historical child sex abuse continues to gather pace.

Langford, who died in 2012, worked as a scout for Leicester and Villa

Brien explained to the BBC the abuse he suffered from Langford at youth team Dunlop Terriers.

Brien claims he made several attempts to warn Villa's then assistant manager Dave Richardson about Langford.

Aston Villa did not immediately respond to requests for comment from the Press Association, but issued a statement to the BBC.

"Aston Villa considers the safeguarding and welfare of all players and staff to be of paramount importance," read Villa's statement.

"Aston Villa would encourage anyone with any allegation or concern regarding safeguarding or other potential wrongdoing to contact the relevant authorities."

Brien signed for Leicester aged 16, where Richardson then worked as youth team manager, with Langford also operating as a part-time scout.

Brien said that in 1988 - when Richardson and Langford were working for Villa - he called Richardson to warn him of the scout's abuses.

The former Chesterfield defender told the BBC he had been urged not to go public with the allegations by Richardson.

Brien said he was asked: "Do you really think you can put up with the obscenities from the terraces?"

Richardson has strongly denied he advised Brien not to go public.

The BBC reported Richardson as saying: "I would have told him, 'Leave it with me and we'll deal with it'

I wouldn't brush it under the carpet, otherwise I wouldn't have sacked him."

But Richardson was also quoted in a later statement from law firm Slater and Gordon as saying: "I cannot recall ever having a conversation with him about any allegations of abuse."