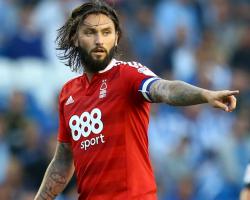 He told the club's official site: "I am delighted to be here at Aston Villa.

"As soon as I knew Aston Villa were interested, I wanted to come here.

It's a big, big name in the English game and I can't wait to get started here now."

The transfer dragged because of Forest's protracted takeover, which collapsed last week, and Villa were prepared to wait until the summer to get their man, with Lansbury out of contract at the end of the season

The 26-year-old joined Forest from Arsenal in 2012 and made 150 appearances having also spent time on loan at Norwich, West Ham and Watford