Aston Villa star Tyrone Mings says football must act as a 'platform' to combat racism and the sport's biggest names can be 'pioneers' in tackling this issue in the stands and on social media.

Mings was subjected to horrific racist abuse during his England International debut against Bulgaria in October, and the players were one phase away from walking off the pitch in response to the home crowd's appalling behaviour.

Football has seen a dramatic increase in the number of racist incidents reported across the globe of late, and during an interview with Sky Sports, Mings confessed that the abuse 'doesn't affect' him, but the 26-year-old wants to support 'anyone who doesn't have a voice.' 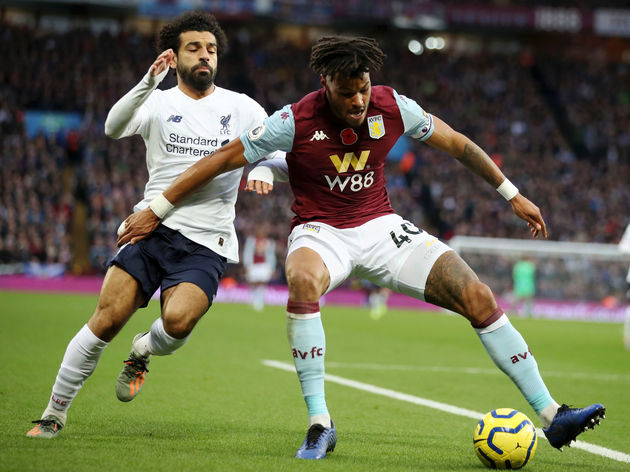 He said: "I said after the game in Bulgaria I don't know why it doesn't affect me. It doesn't make me any less of a person or make the things they're saying true.

"If your intention is to have a negative impact on my performance or make me feel bad about myself then it's not going to happen. It's just a shame you have those thoughts and if you want to air them then hopefully you'll be dealt with in the right way - but it's not going to impact me.

"But at the same time, if I didn't speak about it, just because it doesn't affect me, then I'd be doing a disservice to anyone who doesn't have the voice or the platform to speak about it.

"Whilst I feel like I can rise above it and continue with my game, there are other people who would feel a lot worse if it happened to them so we all have a job to give those people a voice."

The ​Villa defender then went on to discuss the role which football can play in battling discrimination as a whole, stressing that racism is not the only form of abuse which occurs on and off the pitch.

"In an ideal world - [because] we have a position and situation where we can influence other people - football would stand up and say 'not enough is being done'.

"We would act as pioneers in wanting to change how racism is dealt with and what people's perceptions is of other religions, cultures - because discrimination happens everywhere, not just racism.

"I think us as footballers and anyone who has a voice in football or sport or higher up in the FA, UEFA, has the opportunity to try to tackle this.

"If we're all pulling in the same direction and trying to work towards a solution it will ultimately end in something more positive than what we have at the moment." When questioned on the severity of the current punishments being brandished, Mings suggested that stricter sanctions should be handed out to those found guilty of racist or discriminatory abuse.

He added: "Sanctions - of course people are saying they aren't strong enough. That could be one way around it, but in terms of what the answer is I couldn't sit here and tell you we should definitely do this and it would eradicate racism.

"I think a lot of good work has been done and is continuing to be done but perhaps the sanctions could be stricter."