​Liverpool travel to Villa Park on Saturday as they look to extend their lead at the summit of the Premier League.

The European champions come into this fixture off the back of a 2-1 victory against Tottenham (and a penalty shootout win over Arsenal at the end of a bonkers 5-5 draw) and sit six points ahead of second placed Manchester City.

Villa were beaten 3-0 by City last time out in the league but have won three of four in all competitions – including a 5-1 demolition of Norwich and a dramatic 2-1 victory over Brighton. Dean Smith's men sit three points above the relegation zone, with a superior goal difference to every team below. Naby Keita picked up a knock against Arsenal on Wednesday night, limping off and heading straight down the tunnel before the hour mark – putting his participation this weekend in serious doubt.

Joel Matip and Xherdan Shaqiri are still recovering from their respective injuries, while...well, don't expect to see Nathaniel Clyne for a while. 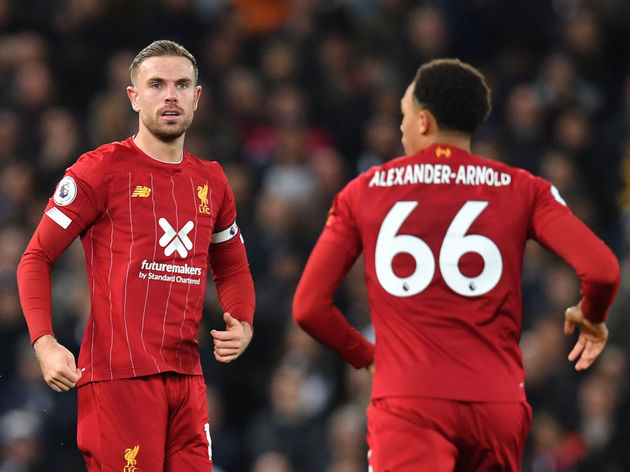 Aston Villa are assessing the extent of the calf problem Jack Grealish sustained against City. He may not be up to full fitness, but Dean Smith will want his captain on the pitch for Liverpool's visit.

Jota is still a couple of weeks away from returning, but is heading in the right direction. He may not return in time for Liverpool, but will be pressing for an appearance against Wolves next weekend.

The visitors have historically dominated this fixture, winning 94 times against Villa, drawing 40 and losing 57. The history of these two teams points toward only one victor, but Villa can never be written off. Last time these sides met, on Valentine's Day 2016, the Reds netted six without reply at Villa Park. And that was before Sadio Mane and Mohamed Salah.

​Both sides head into this match in good form, but it is Liverpool who are catching everybody's eye (obviously). Villa have only lost two in their last seven in all competitions; those two defeats coming away at Man City and Arsenal.

Here's how each team has performed in their previous five games.

Both sides will be high in confidence going into this one. Villa will be up for the challenge, but Liverpool will want to extend the gap between themselves and City in second place – and should be able to do so. ​Expect Liverpool to dispatch Villa rather effortlessly, as they have the experience and quality to handle the pressure.