​Struggling Aston Villa will look to cause a shock when they host Manchester City in the Premier League at Villa Park on Sunday.

The Villans find themselves just one point above the drop zone after a poor festive period which also saw them pick up several injuries to key players.

The last thing they will have wanted then is a tough fixture against the reigning English champions, who looked rampant in their Carabao Cup semi-final victory over Manchester United.

But Dean Smith's side will be hoping that their own impressive midweek cup performance can be a springboard for what would be three massive points in their bid for survival. After losing Wesley for the rest of the season, it is probable that ​Aston Villa will also be without Jonathan Kodjia due to illness, meaning that they will likely adopt the false nine system that proved relatively effective in the midweek draw with ​Leicester.

Goalkeeper Tom Heaton is unavailable after he too suffered a season-ending injury, while The first meeting between these two sides took place in 1899, and there have 169 games between them since.

In that time Manchester City have largely dominated with 72 wins to Villa's 57. There pair have played out 41 draws.

That trend has continued in recent years, and the last time Villa beat City in any competition was back in 2013. Despite a win against ​Burnley in their last Premier League match, the hosts have suffered a torrid run of form recently.

Defeats in games against ​Sheffield United, ​Southampton and 10 man ​Watford could prove fatal in their bid to avoid Premier League relegation.

Manchester City on the other hand have bounced back well from a disappointing defeat to ​Wolves with four straight wins.

They looked particularly impressive in the first half against ​Manchester United, and Pep Guardiola will be wanting to come at least second after admitting the Premier League title race is over.

Here's how the two have got on in their last five games... 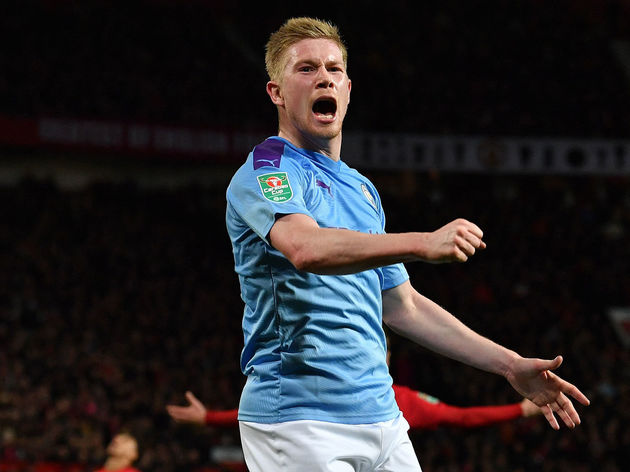 If Manchester City show anything like the kind of form they did in the opening half on Tuesday then it's hard to look beyond them for a win.

With Villa's injury problems and poor defensive record, there's a genuine worry that this could get ugly for Dean Smith's side.