​Aston Villa manager Dean Smith has confirmed Danny Drinkwater has been punished for a training ground altercation with teammate Jota.

The on-loan Chelsea man's argument with the Spanish midfielder escalated into violence, with Drinkwater headbutting his teammate.

​The Mirror reports that Drinkwater has been fined two weeks of wages for Tuesday's training ground bust-up. ​an incident had taken place

“That is the end of it and I won't be divulging anything that happens internally as I wouldn't do with any incident.”

Drinkwater has featured four times for Villa in the Premier League since his January switch, having played just once for Burnley after injury hampered his time at Turf Moor.

It is not a happy time at Villa Park at the moment, with the club submerged in the bottom three after four straight Premier League defeats. This form has led to the future of Dean Smith being questioned, with assistant manager John Terry being linked as a potential replacement.

Boyhood Villa fan Smith oversaw his side's late surge into the Championship playoffs last season, which concluded with promotion in the playoff final at Wembley. 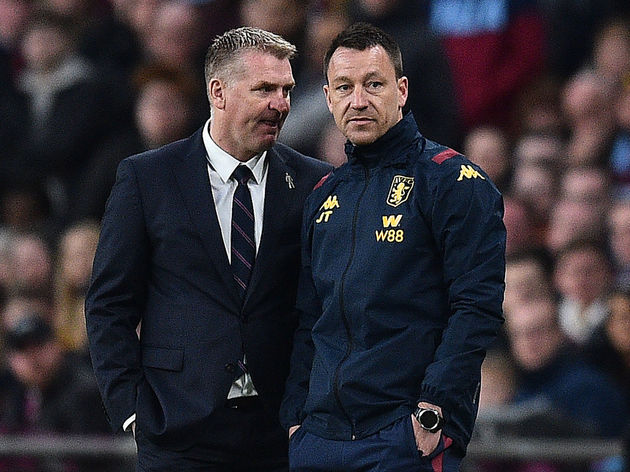 The club returned to Wembley nine months later for the Carabao Cup final, but league results have left the Villans second bottom in the top flight with the worst defensive record in the division, despite spending £125m on new players in the summer.

According to ​Football Insider, Smith could have been sacked if Villa's poor form had continued against ​Chelsea in the now postponed fixture.

Villa bosses have discussed promoting Terry to the top job in Smith's place. The former England captain joined the club as a player in 2017 and was given the assistant manager position by Smith when he was appointed in October 2018.