​Huddersfield Town face Brighton on Saturday at the John Smith's Stadium in the Premier League with both sides looking to move up the table with a victory.

The Terriers have recovered from a poor start to the season in recent weeks and can make it four games without a defeat when they play at the weekend.

David Wagner's side were very impressive in their 2-0 win away at Wolves last week and could rise to as high as 13th in the table if they take all three points against the Seagulls. ​Brighton will be hoping that their form away from home doesn't falter again, having lost five of their previous seven when not playing at the Amex.

Chris Hughton's Albion drew 1-1 last week against Leicester City despite playing against 10 men for the majority of the game and will be looking to get back on track this weekend.

Currently 12th in the Premier League table, a victory for the Seagulls could see them move into the top half. With both sides playing seven games in December, a victory could provide the momentum needed in a period that often defines a season.

​Huddersfield will be without defender Chris Lowe, who is still recovering from a shoulder injury that he suffered in the Terriers' game against West Ham at the start of November.

Dutch full-back Terence Kongolo is facing a race to be fit for Saturday's game, whilst striker Laurent Depoitre might also miss out due to a groin injury. Danish international Mathias Jorgensen could make his return to the starting eleven after being rested last week by Wagner.

DW: ”I ask every #htafc supporter to be there, to give us support and to help us to give @OfficialBHAFC a real fight.” (AT)

Brighton will still be without record signing Alireza Jahanbakhsh, who hasn't featured for the Seagulls since picking up an injury against ​Everton three weeks ago.

Hughton will also be without midfielder Dale Stephens, who is serving the second game of his three match suspension for the red card he picked up against Cardiff City.

Defender Gaetan Bong could regain his place at full-back but faces stiff competition from Bernardo, who impressed against Leicester last week.

Huddersfield and Brighton both achieved promotion to the Premier League in 2017 and played each other twice last season.

The Terriers won 2-0 at the John Smith's Stadium courtesy of a brace from striker Steve Mounie, whilst the return fixture at the Amex ended all square in April. In the overall head to head stakes, Brighton have won 22 times whilst Huddersfield have prevailed on 18 occasions, with 16 matches ending in a draw.

Huddersfield have experienced a resurgence of late, winning two of their last three games against Wolves and Fulham after an awful start to the season.

The Terriers have only scored eight goals this year – the joint lowest amount in the Premier League. 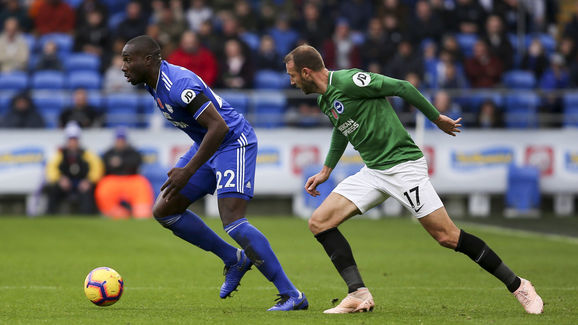 Brighton have had a mixed set of results in recent times, picking up seven points from their last five games.

The Seagulls have only won once on their travels this season and will need to improve their away form if they are to finish higher than the 15th position they achieved last season.

Here is how each team have performed in their last five matches:

With both sides looking to solidify their statuses as Premier League clubs this season, a win for either club could boost their chances of survival. With Huddersfield scoring just eight goals this season and Brighton managing fifteen, it is unlikely that we will see a high scoring affair at the John Smith's Stadium.

Having won two of their last three games, Huddersfield should be favourites on Saturday, especially when you consider that Brighton have won just once on the road this season. 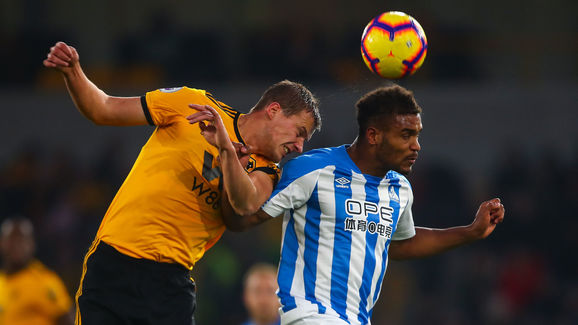 In what will be a tight game, the Terriers will prove to be too strong for Brighton this weekend and will secure another vital three points.