Aston Villa talisman Jack Grealish could return from injury as early as Saturday despite fears he would miss out on a place in Gareth Southgate's England squad for the upcoming European qualifiers.

​After hobbling off against Man City on Saturday with a calf problem and leaving the Etihad on crutches, the midfielder was reported to be set to miss out on a first senior England call-up with at least a two-week layoff.

However, ​Sky Sports suggest those reports are wide of the mark and the 24-year-old is in contention to face Liverpool this weekend, while his England hopes are still alive too. 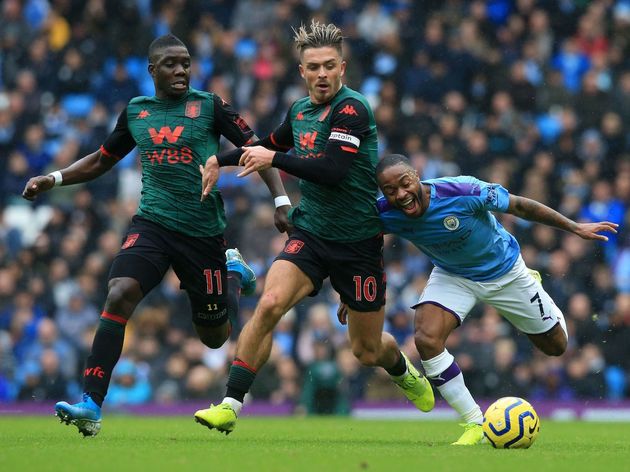 Southgate is mulling over whether to summon the attacking midfielder for matches against Montenegro and Kosovo as the Three Lions' Euro 2020 qualification campaign draws to a close with a place at the tournament within reach.

After scoring three goals in his last four games, Grealish has been putting pressure on Leicester’s James Maddison, whose place in the squad is under threat after he was released from international duty, then photographed in a casino on the night England played the Czech Republic. The ​Villans skipper will have to sit out Wednesday night's Carabao Cup tie against Wolves at Villa Park, but Grealish will surely be relieved that he isn't out for longer and his England dreams haven't been scuppered.

The game on Saturday was watched by England boss Gareth Southgate, where Aston Villa teammate, Tyrone Mings, was also being monitored ahead of the November call-ups. Despite being on the wrong end of a 3-0, Grealish was heavily praised by ​Man City boss Pep Guardiola.

Was always going to be a tough game against such a good side. We’ll take the positives and move on to next week. Hopefully the injury isn’t to bad 🤞🏻#AVFC pic.twitter.com/uhKJei68i1

"He’s incredible. A top player. I’m happy he (initially) stayed in the Championship to defend his club. He’s a talented player who always creates something. An exceptional player but too expensive for Manchester [City].”

Aston Villa will be overjoyed that Grealish should be available for the hectic Christmas period, as the Midlands side, face the likes of Liverpool, ​Chelsea, and high-flying ​Leicester within the next month.