If you asked most football fans about Aston Villa's John McGinn, the above response would be the consensus. A decent player at the top level.

However, the Scotland international's performances since joining Villa have certainly gone under the radar. Is it because he's only 5'6? Because he's not English? Because Jack Grealish is in the same side? Who knows?

One thing's for sure: McGinn's impressive displays will not disappear and, inevitably, the Villa ace will be the subject of interest to some of the Premier League's best. 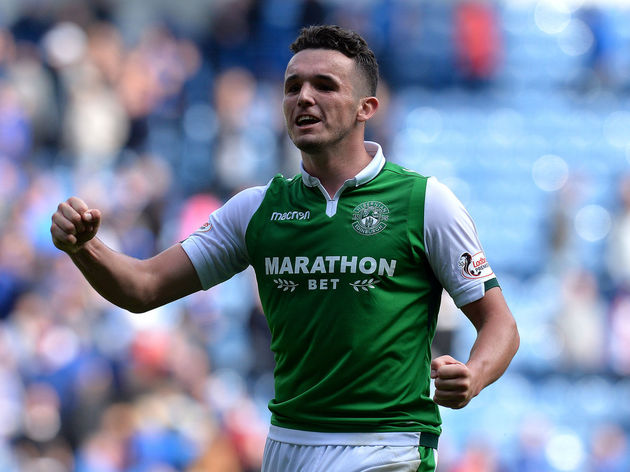 McGinn, 24, made his name in the Scottish Premiership for St Mirren and then Hibernian. He moved to the Championship and Aston Villa in the summer of 2018, helping Villa regain Premier League status in his first season at Villa Park.

McGinn was a star performer, registering a combined 16 goals and assists from his number eight role and winning the club's Players' Player of the Year award, while a number of his sensational strikes circulated social media, his volley against Sheffield Wednesday in particular, making him a household name among Championship followers.

The technique on that one, by the way.

McGinn quickly became a fan favourite in the Midlands. His tenacity out of possession and his quality with the ball make him a very exciting player to watch.

Last season, the left-footed maestro displayed his ability to create something from nothing. His immense crossing ability allowed him to supply striker Tammy Abraham from almost any position and he had the knack of bringing others into play despite being surrounded by opposing defenders. These attributes make McGinn a tricky proposition: do you press him or do you give him space? He has the ability to hurt you whatever you do. 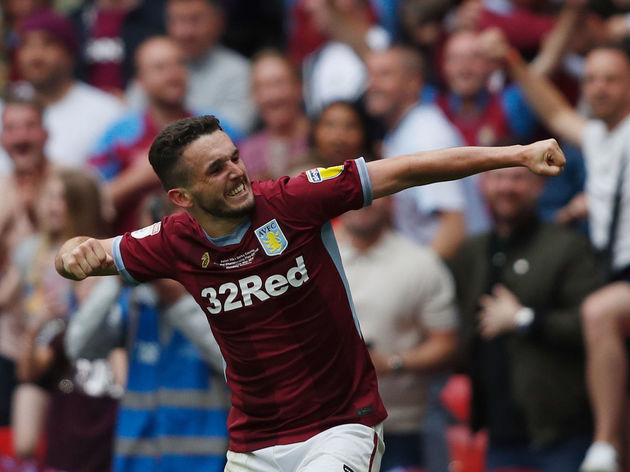 His fine debut season was rounded off perfectly with a goal in the play-off final against Derby, the strike that ultimately sent Villa back to the top-flight.

Now in the Premier League, McGinn has certainly gained more attention for his work. Six games in and McGinn is one of the leading performers in the top flight. Nine minutes into his Premier League debut, McGinn had his first goal, netting against Spurs in their new stadium.

The goal came from a Tyrone Mings 'thump' that was aimed for target man Wesley, but McGinn had made an intelligent run from midfield between Davinson Sanchez and Danny Rose which allowed him to latch on to the loose ball. After working his way into the box, McGinn had the composure to sit-down Rose and calmly finish past Hugo Lloris in the Spurs goal. Although the Villa man hasn't set the league alight statistically with just two goals and an assist, his performances have certainly grabbed the attention of opposition fans.

Against West Ham on matchday five, McGinn's performance in a 0-0 draw alerted the Hammers faithful of his ability.

That McGinn is a baller

McGinn and Mings are genuinely fantastic players, Fabianski keeping us in this

His performance also included a goal that put Villa 1-0 up. A wander into the box without the knowledge of Arsenal's Matteo Guendouzi saw McGinn in behind the Arsenal backline and he was able to easily finish from an Anwar El-Ghazi cross from the left. Aaron Ramsey-esque. ​​​​completely overwhelming the technical Arsenal midfield with his energy.

Villa's number seven was the best player on the pitch by some distance across the whole 90 minutes.

If McGinn was at one of the top clubs or if he was English, then many more would be looking at him as a world-class talent, not just a 'decent' player at this level. The technical terrier would fit in perfectly at a United or an Arsenal. McGinn led by example on Sunday and could do a similar job to the one Ramsey did at the Emirates. Whilst at United, the 24-year-old could slide into Ole's 4-3-3, providing United's midfield with some much-needed energy from one of the number eight positions.

Nevertheless, if his performances are sustained throughout the 2019/20 season, the consensus should be something like this...