Leicester and Aston Villa's Carabao Cup semi final is finely poised ahead of the second leg after Wednesday's clash ended in a 1-1 draw at the King Power Stadium.

dominated the opening 25 minutes and enjoyed over 70% possession, so it was surprising to see the visitors take the lead with their first shot of the game. Anwar 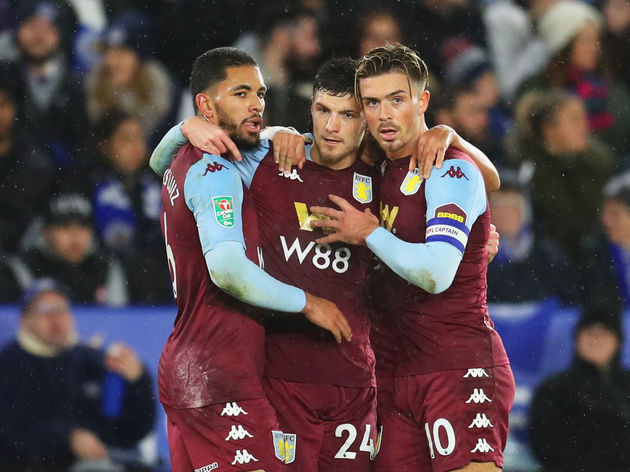 Brendan Rodgers' side were lucky not to be 2-0 down just before half time, as Ezri Konsa connected with Jack Grealish's excellent free kick only to see his header crash back off the cross bar. The home fans thought ​Vardy had secured the victory late on, but his shot rippled the side netting before rolling behind as the cheers fizzled out.

Leicester's dressing room would have been tinged with disappointment at half time as Brendan Rodgers' players failed to make their dominance count.

Villa often slipped into a 5-4-1 shape without the ball, but there was still plenty of space to be found between their centre halves and behind the wing backs. 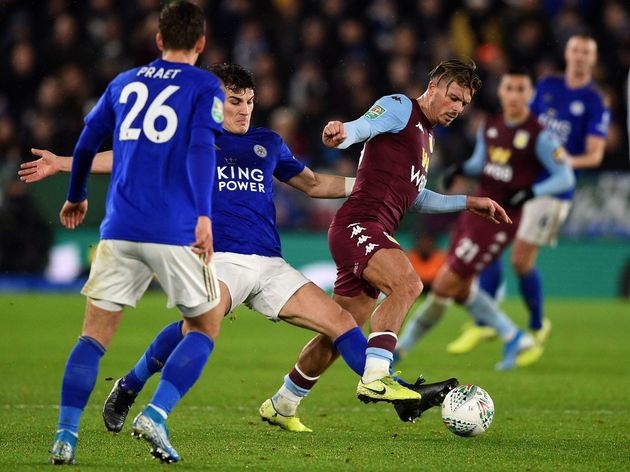 The hosts only managed to this exploit uncertainty twice, resulting in a blocked Chilwell cross and a saved Jamie Vardy shot. Their failure to convert possession into chances was a symptom of poor quality in the final third and an uncharacteristic inability to make that killer pass.

Leicester a bit Fulham so far. Nice passing and lots of possession but that’s about it #LEIAST #CarabaoCup

However, breaking Villa's resilience for a second time proved too difficult for ​the Foxes and Rodgers has plenty to ponder ahead of the second leg - he can't afford to get his team selection wrong twice. STAR PLAYER - It's fair to say Choudhury's introduction altered the course of the game, following a pedestrian first half from Leicester. Sitting in front of the back three, he collected and carried the ball, helping the team play much higher up the pitch.

People will immediately jump to praise the Iheanacho sub because he scored straight after coming on but it was bringing on Hamza Choudhury at half-time that completely changed this game. Brilliant from Rodgers again.

Gareth Southgate is at the #LEIAVL match. I hope he's taking a good look at Hamza Choudhury, who came on to start the second half

It might have been born from necessity and not choice, but the 3-4-3 with a fluid attacking trio worked well for ​Villa in the opening 45 minutes - with the caveat that Leicester lacked a final ball and failed to make individual errors count.

Grealish and El Ghazi had been tasked with occupying the central position in turns, with their rotation from the left flank causing Leicester trouble on a few occasions. When Villa broke there was often space for them on that wing, highlighted by the opening goal - with El Ghazi's cross coming after a positional switch between the two.

28 mins gone at the King Power and Aston Villa lead 1-0 thanks to a goal from Frederic Guilbert. Very much against the run of play given Leicester have dominated possession and territory. Also came from a switch of positions in Villa's frontline involving Grealish and El Ghazi.

They were forced deeper and deeper in the second half, restricting their front three's involvement and inviting pressure on the back five. Eventually they paid the price and one of those individual errors proved costly. However, they regained their composure and find themselves very much in contention ahead of the home tie. In fairness, he also played as a deep-lying playmaker, box-to-box midfielder and left winger at the King Power, dropping deep to collect the ball before driving his team up the pitch or spraying passes that switched the play.

Such is his positional intelligence and movement, he found space and teammates wherever he popped up.

Jack Grealish really is pivotal to everything Villa do going forward. Cropping up in the centre and on the left of the front three, bags of running and full of ideas. Cracking player #AVFC #CarabaoCup #FPLCommunity #FPL

With Leicester so dominant in the possession stakes, his composure and impressive close control on the ball was vital to breaking the hosts' momentum at times.

As Villa enjoyed the better of the first half's closing stages, Grealish danced his way around four opponents on the touch line and will have given Gareth Southgate something to consider from the stands.

Leicester's bid to secure a Champions League spot continues with matches against three sides currently in the Premier League's bottom half. Home fixtures with Southampton and West Ham take place either side of a trip to Burnley.