Premier League Player of the Month Nominations for January - Revealed

It is Liverpool skipper Jordan Henderson and star goalkeeper Alisson who are recognised for their performances since the start of the new calendar year.

Henderson played 90 minutes in all five of Liverpool’s ​Premier League fixtures this month, all of which the leaders won. The 29-year-old was particularly outstanding in the victory over ​Wolves, during which he scored and assisted as the Reds prevailed 2-1 at Molineux.

That goal conceded against Wolves was the only time all month that Alisson had to pick the ball out of his net in the Premier League in January, with the Liverpool stopper keeping four clean sheets. The Brazilian even gave an assist in the 2-0 win over ​Manchester United.

​Sergio Aguero was on target six times in only three Premier League appearances in January. The Argentine netted a hat-trick in the 6-1 annihilation of ​Aston Villa, before a brace in a 2-2 draw against Crystal Palace, and his team's only goal against Sheffield United off the bench. Abdoulaye Doucoure has played an important role in positive ​Watford results in January as the resurgent Hornets fight relegation. The French midfielder scored in a win against Wolves on New Year’s Day, had a hand in two goals as his team beat Bournemouth, and also played 90 minutes in a 0-0 draw against Tottenham at Vicarage Road.

Aston Villa captain Jack Grealish is another player in a relegation battle, but he inspired his team to an important victory over Burnley and a draw with Brighton earlier this month, with a direct hand in a crucial goal in each game. Villa also beat Watford.

Ayoze Perez continues to be a valuable asset for Leicester and scored in two Foxes wins in January. The saw him find the net against former club Newcastle, a game in which he also got an assist, before a brace in his most recent Premier League outing against West Ham. 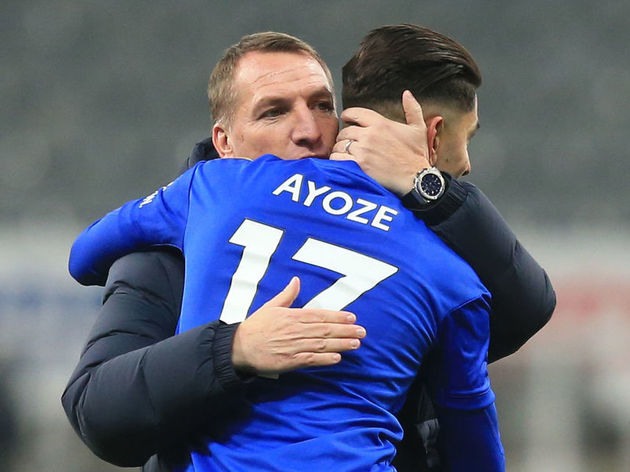 ​Southampton defender Jack Stephens completes the Player of the Month shortlist. Not only did he help the Saints continue their revival with three wins in January, he was part of a defence that kept two clean sheets, while he even managed two assists.