​By completing a hat-trick in Saturday's thrashing of ​West Ham United, ​Manchester City's ​Raheem Sterling joined an exclusive list of just seven other players who scored a treble on the opening weekend of a ​Premier League season.

Sterling's hat-trick, which he completed in just 40 minutes, was the first on a Premier League opening week in nearly a decade when Chelsea's Didier Drogba scored three against West Bromwich Albion back in August 2010.

8 - Raheem Sterling is the eighth player to score a hat-trick on the opening weekend of a Premier League season, and the first since Didier Drogba in 2010-11. Treble. #WHUMCI

Here is the list of the other stars who bagged three on the opening day of the Premier League campaign. The first ever player to score a hat-trick in the opening week of the Premier League season was Coventry City's Micky Quinn, who scored the only goals in the Sky Blues' 3-0 win over ​Arsenal back in August 1993.

Quinn, who scored 17 goals for Coventry City the season prior, didn't score again for nearly three months and his hat-trick against the Gunners would turn out to be a highlight in a relatively underwhelming season, in which he scored just eight times. 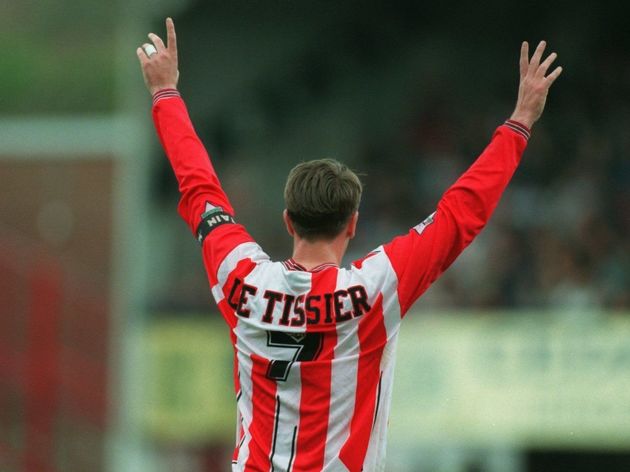 Despite Le Tissier's hat-trick, the Saints failed to beat Forest, losing 3-4 at The Dell. It would go on to be a difficult season for both Le Tissier and Southampton, with the Guernsey-born attacking midfielder failing to reach the heights of the previous seasons while Southampton struggled against relegation for much of the 1995/96 campaign. 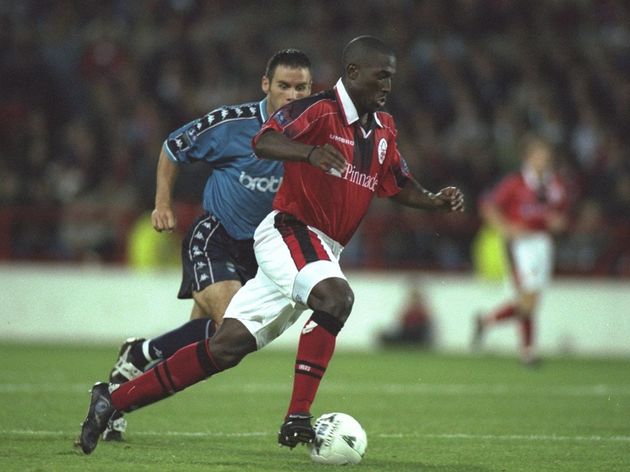 The third player was Nottingham Forest's Kevin Campbell, who scored three in their 3-0 win over Coventry City on the opening day of the 1996/97 Premier League season.

Like with Quinn and Le Tissier, Campbell's opening day hat-trick would prove to be a highlight in what was a difficult season for both himself and his club. Forest failed to win another match until December after their opening day win, ending the season rock bottom of the Premier League, while Campbell could only score three more goals over the course of the season. Also scoring on the opening day of the 1996/97 season was ​Middlesborough striker Fabrizio Ravanelli, who scored a hat-trick on his debut in Boro's 3-3 draw with ​Liverpool following a £7m move from ​Juventus.

Ravanelli would go on to have a prolific season at the Riverside Stadium, scoring a whopping 31 goals in 48 total appearances for Middlesborough but couldn't save them from relegation to the second tier. Dion Dublin is the second Coventry City player to appear on this list, with the former England striker-cum-defender scoring an opening week treble in Sky Blues' 3-2 defeat of Chelsea in August 1997.

The Homes Under the Hammer presenter would go on to become joint top-scorer of the Premier League alongside Michael Owen and Chris Sutton that season, scoring an impressive 18 goals in 36 appearances. His form earned him a move to ​Aston Villa in 1998 but he controversially failed to make the England squad for the World Cup. 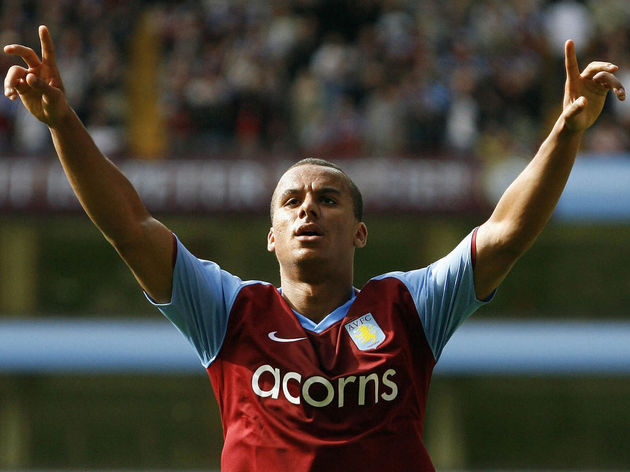 Aston Villa's Gabriel Agbonlahor became the first Premier League player to score an opening day hat-trick in over a decade when he put three past Joe Hart in Villa's 4-2 defeat of Manchester City back in August 2008.

Agbonlahor went on to have one of the best seasons of his career, with his 11 goals in 36 Premier League appearances helping Aston Villa to an impressive sixth place and qualification to the Europa League. Didier Drogba became the seventh player to score a hat-trick on the opening day of the Premier League campaign as the Blues thrashed West Bromwich Albion 6-0 at the start of the 2010/11 season.

It was a highlight in what was, comparatively, an underwhelming season for both the Ivorian and Chelsea. Drogba only found the back of the net 13 times compared to the previous season's 37, while the Blues failed to win a single trophy.