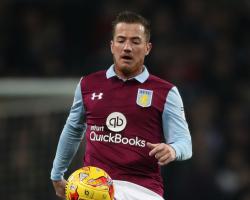 The ÃÂ£12million signing, who was publicly criticised by manager Steve Bruce at the weekend, has continued to train with the youngsters having done so last week, Press Association Sport understands.

An exit for McCormack is not certain with a number of factors needing to be considered but Villa could cut their losses before next week's transfer deadline.

Bruce criticised McCormack following Saturday's 2-2 draw with Preston having left the forward out of the squad for the Sky Bet Championship fixture.

The Villa manager said McCormack missed training and blamed the electric gates at his house, which the Scotland international said would not open

Bruce, who replaced Roberto Di Matteo in November, has been critical of Villa's past spending and said at the weekend there had been too much indiscipline at the club

McCormack joined from Fulham in the summer, in a deal that could rise to ÃÂ£14million, but has scored just three goals in 22 appearances

Speaking at the weekend Bruce said: "I've never done this in 20 years but if it repeatedly happens, then I won't put up with it

If I do, then I will have the lunatics running the asylum

"If I let people do what they want, then we'll have anarchy

You're never going to create a team spirit, if they're looking round giggling at each other because he's not turned up again

"He said he couldn't jump over a fence that was four feet six inches high."