​The Premier League is back, and after a slow start to the game, Spurs finally creaked past newcomers Aston Villa with a 3-1 victory at the Tottenham Hotspur stadium.

Spurs started sluggishly, and Villa wasted no time in reminding the footballing world that they're back in the big time. John McGinn opened the scoring with a neat finish, but holding onto the lead would prove to be a mountain too high for the Villans to climb. 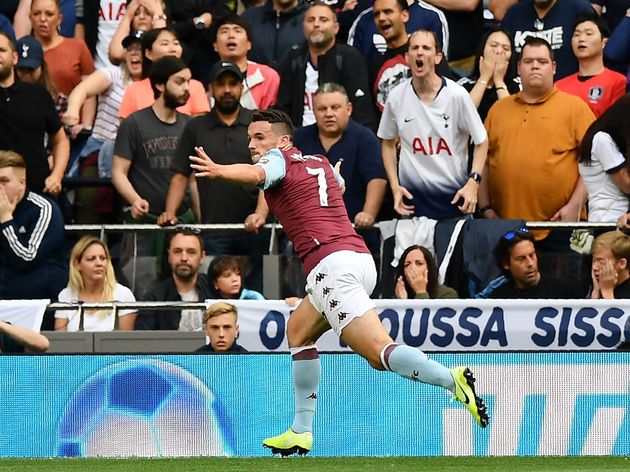 Let’s be honest we’re all having McGinn over Ndombele

John McGinn is a baller; he's very much on my radar #TOTAVL#FPL

John Mcginn is a baller

Why did I pick Kane in my FPL team. Forgot about his August goal droughts...

Why did I pick Kane in my FPL team. Forgot about his August goal droughts...

Spurs are getting relegated #TOTAVL

VAR doesn't give #AVFC penalty after McGinn bundled over inside the box. Davinson Sanchez was rash and jumped all over him. Not given and seems questionable after replay https://t.co/pi6SN4EpxM #AVFC

Thought VAR was supposed to sort decisions out. McGinn was absolutely clattered. 

But Spurs finally found an equaliser through new signing Tanguy Ndombele. A fantastic strike from outside the penalty area brought his side level, and you all loved it.

Tanguy Ndombele is very good at the soccer. Every pass he makes finds the feet of a teammate, and he can also hit screamers. What a dude.

Rodri when he sees Sissoko, Ndombele, and Wanyama running on him on a counter pic.twitter.com/sVQKImq9gn

What you man saying about Ndombele now

And then, right at the death, Harry Kane broke his dreaded curse (for a second season in a row). His two goals gave Spurs a battling victory, and kickstarted his season. If he's scoring in August, who knows what kind of season he's going to have!

KANE HAD AN AUGUST CURSE? SAID WHO?!?! BACK TO BACK GOALS BABY!!!

​​It was a lethargic start to the season from Spurs, but three points are three points. And more importantly, they have Harry Kane amongst the goals, and looking as deadly as ever. Title race on, anyone?

If Eriksen stays and KWP works out at RB, this Spurs team has a legit shot to win a title.